Society for Neuroscience - BrainFacts.org Spotlight: The Past and Future of the IQ Test

BrainFacts.org Spotlight: The Past and Future of the IQ Test 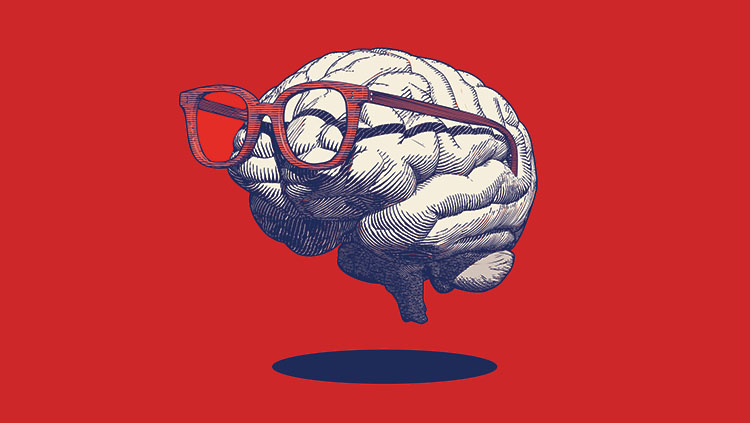 This piece originally appeared on BrainFacts.org.

A century old test to identify children struggling in school evolved into assessments to determine intelligence. But should it have?

One of the most pressing issues any teacher faces is how to bring struggling students up to speed if they have fallen behind the rest of their class. A hundred years ago, the French government commissioned the creation of a test that could uncover the intellectual weaknesses of young children before they fell too far behind, giving schools the chance to provide them with extra help.

That test, known as the Binet-Simon Scale, made its way to the U.S. and morphed into what is called the intelligence quotient (IQ) test.

The intention of the IQ test was to identify kids who most need remediation. And indeed, experts today recognize that it is a useful tool for measuring a child’s educational progress.

But soon after its introduction, the IQ test became used to simplify a person’s overall intelligence into a single number. Not only was this interpretation a far cry from the more nuanced scientific understanding of human intelligence, but it enabled fields well outside education to apply IQ scores in inappropriate and often discriminatory ways.

Over the years, IQ scores would be used to justify the exclusion of certain immigrants from the U.S., the sterilization of racial minorities, and the hiring practices of police departments. Popular culture still refers to the IQ test as the gold standard for measuring intelligence, to the dismay of experts who recognize that our cognitive abilities vary along many axes and can’t be easily measured.

So, what is the IQ test, what is it useful for, and why is human intelligence so much more than a number?

To Teach, One Must First Test

In response to the French government’s 1904 request for a diagnostic test of children’s intellectual abilities, psychiatrist Alfred Binet and his student, Théodore Simon, came up with a series of questions and puzzles for several different age groups, revealing areas in need of targeted instruction for particular students.

If a child scored low on a particular category of problems, it would highlight that child’s need for extra instruction in that category, like spatial reasoning or verbal ability.

Binet hoped the test would prevent children from being labeled with a cognitive disability and sent to psychiatric asylums. He recognized the test’s limitations — it couldn’t measure emotional or creative intelligence, for example — but to direct failing students to remedial help, it would suffice.

American psychologists soon adapted the Binet-Simon Scale into the intelligence quotient (IQ). An IQ score is a ratio, multiplied by 100, of a child’s performance on a series of cognitive tests relative to the average performance of similarly -aged children. An IQ score of less than 100 would suggest that a child was falling behind their peers, while an IQ greater than 100 would suggest that a child was ahead of the curve.

“The only way you can get any decent score at all is to have education,” Nisbett says.

A variety of IQ tests are available today, each consisting of up to a dozen assessments of skills like spatial reasoning, vocabulary, and arithmetic. All the major IQ tests correlate closely with one another and are used for diagnostic purposes in education and psychiatry, according to Richard Nisbett, a psychologist at the University of Michigan in Ann Arbor.

Importantly, though, studies have shown that these IQ scores are more useful for reflecting the quality of education a child has received rather than their innate intellectual potential.

“The only way you can get any decent score at all is to have education,” Nisbett says. “And education is one of the most reliable ways to raise a child’s IQ score.”

Indeed, in the century since its introduction, the IQ test has reliably demonstrated the value of education for children. Kids who have had access to high-quality education from a young age score higher on IQ tests than kids who have lacked that access.

“There are findings looking at young children who've never been formally schooled,” Nisbett says. “You can give them the Raven’s Progressive Matrices [a type of IQ test that can be given regardless of a person’s language], and they do perfectly terribly on it, but after a couple of months in school, their IQ goes up 10 points.”

A Predictor of Success, a Barrier to Opportunity

In a similar vein, IQ tests are still used, as originally intended, to uncover aspects of a person’s cognitive skillset that may need special attention, for instance, among children with Down’s syndrome or adults with schizophrenia. Yet, the allure of boiling down a person’s intellect into a single number has also turned IQ scores into a tool of discrimination.

Within mere years of its introduction, IQ was being used to discriminate against individuals who were perceived to be less “intelligent” or “smart” than average.

The IQ test’s ability to measure a person’s attainment of education makes it an accurate predictor of educational and career success over time. After all, a good education sets children up with both the skills and the social network required for success as adults. However, fields well beyond schooling have come to see it as a concrete measure of a person’s potential when it’s anything but.

“The smarter you are, in some sense, the better grades you're going to get in school,” Nisbett says. “So, IQ correlates with grades in school, and it correlates with success in nearly every occupation. But the way to get there is by having a solid education in the first place.”

Unfortunately, within mere years of its introduction, IQ was being used to discriminate against individuals who were perceived to be less “intelligent” or “smart” than average. It was easy to co-opt IQ into existing, often racist ideologies about the intellectual inferiority of certain groups, even though a low IQ score often just reflects a relative dearth of educational opportunity.

In the most extreme cases, low IQ scores have been used to justify the government’s forced sterilization of individuals with behavioral problems, rather than to direct those individuals into more effective therapy or educational programs.

For example, from 1933 to 1977, North Carolina implemented a eugenics program to reduce welfare and social work expenditures based on sterilizing people with low IQ. Eighty-five percent of those sterilized were women; 40% were people of color including Black and Native Americans. The state, which ultimately sterilized an estimated 7,600 people, apologized to the victims of the program in 2002. In 2010, the state-financed N.C. Justice for Sterilization Victims Foundation was established to distribute a $10 million fund to qualifying survivors and their descendants. The first restitutions would not begin until four years later. Of the 786 claims filed, 220 survivors were eligible, receiving $20,000 each.

More Than a Number

As IQ scores are repeatedly shown to best reflect a person’s prior educational opportunities above all else, a true measure of intelligence may seem more elusive. But if anything, psychologists today see intelligence in the same way they see personality — it varies in many dimensions and can’t be measured with just one test.

David Condon is one of those psychologists. Condon, assistant professor of psychology at the University of Oregon, is an expert in the psychological differences between people. For him, intelligence, or cognitive ability, is best understood as an aspect of personality and not a one-dimensional characteristic of brain strength. “Cognitive abilities are just part of what makes people different from one another, and those differences are incredibly diverse,” Condon says.

The IQ test, then, can only measure whether a person is skilled at taking the IQ test, but can’t reveal how a person will grapple with problems that may have a variety of solutions.

“Intelligence is a tool that people draw upon as a strategy for navigating life,” Condon says. “Given one of life's problems, one person might lean heavily on cognitive abilities, another might lean heavily on agreeableness, or finding someone to help you, give you advice, or point you in another direction.”

Unsurprisingly, this complexity in how people approach problem-solving can complicate interpretations of IQ scores. If a person doesn’t feel like answering the questions on a test, it can look like they got the questions wrong, even if their actual cognitive abilities are strong. Or in the case of children with certain types of brain cancer, IQ scores can mistakenly suggest the presence of cognitive problems when these patients are actually struggling with processing speed and motor coordination.

It’s this complexity that has led Condon away from parsimonious, or simplistic, measures of human differences, like IQ, and toward a more nuanced view of people’s cognitive strengths. “Professional athletes are to some extent geniuses, but not in the way that term is normally used,” Condon says. “But they're just so far out from the mean on whatever their particular ability is that it works pretty well to think of them that way.”

Nisbett and Condon are both interested in using tests to help all humans become better and more capable learners and problem solvers. Nisbett would like to see tests of intelligence that measure different types of scientific reasoning taught in school to capture a wider range of children’s cognitive abilities. And Condon is curious about the neural hardware that enables the brain to complete cognitive tasks.

“It would be nice to have some sort of neural assessment of efficiency, of processing speed,” Condon says. “We all have marveled at friends who can do things so effortlessly, and it would be invaluable to be able to teach such effortless ways of problem solving.”