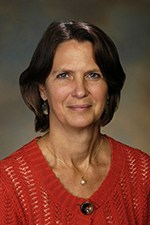 In a world that seems to focus more on divisiveness and disagreements, science can be a unifying force, and interactions between scientists can ultimately help promote international diplomacy. Those scientific interactions provide a common platform for collaboration between countries that may not agree on much else. Such efforts can serve as a toehold for greater understanding between states and, equally important, ensure scientific research benefits from the best minds around the globe.

As neuroscientists, we can play a meaningful role as ambassadors. Our natural curiosity and drive to address the problems we work on push us to seek out our peers for their knowledge, regardless of borders. We recognize there are people of enormous capabilities and insights from all over the world, and we want to engage them. The professional connections we establish with one another, especially those between scientists from countries with difficult relationships, can pave the way for better international diplomatic relations between governments.


A Trip to Cuba

This past December I had the opportunity to join a delegation of U.S. neuroscientists to Cuba, organized by the American Association for the Advancement of Science (AAAS) through its Center for Science Diplomacy and the Cuban Neuroscience Center (CNEURO). The trip was part of an effort to enhance connections between scientists in Cuba and the United States — an effort that started before President Barack Obama began to discuss the possibility of ending the travel embargo and enhancing government relationships between the two countries.

The delegation, which included neuroscientists from academic institutions, research institutions, and industry, consisted of myself; Mark Rasenick of the University of Illinois at Chicago; Susan Bookheimer of the University of California, Los Angeles; Bruce Miller of the Memory and Aging Center at the University of California, San Francisco; and Jeff Nye, vice president of neuroscience innovation and scientific partnership strategy at Johnson & Johnson. We also had representatives from AAAS and the Richard Lounsbery Foundation, which is dedicated to science diplomacy.  Brothers Mitchell and Pedro Valdés-Sosa, co-founders of CNEURO, hosted our group, and Shekhar Saxena, director of mental health and substance abuse for the World Health Organization, joined us as well.

The U.S. government appeared enthusiastic about the possibilities that could result from our visit, as U.S. Ambassador Jeff DeLaurentis met with us when we arrived in Cuba and made sure that an embassy science/health attaché participated in the meetings.

As a result of the decades-long U.S. travel embargo to Cuba, there has been a de facto information embargo as well. Cuban scientists have been doing some state-of-the-art scientific research, but little of the work is known in the U.S. Members of the U.S. neuroscience delegation got a glimpse of that capability when they met with heads of the Cuban neuroscience community and toured CNEURO, the Cuban Drug Regulatory Authority (CECMED), the National Clinical Trials Coordinating Center (CENCEC), and the Center for Molecular Immunology (CIM), where Cuban scientists have developed innovative cancer therapies well known in Central and South America and Europe.

More significantly, through discussions between the U.S. delegation and the Cuban scientists, we developed a framework for collaborations in brain mapping and neuroinformatics, neurodevelopment and neurodegeneration, and neuropharmacology and addiction. There is also a plan to establish an international nonhuman primate research center in Cuba and a new biomedical research fellows exchange program, coordinated jointly by the AAAS Center for Science Diplomacy and the Cuban Neuroscience Center, with support from the Lounsbery Foundation.  The group discussed a comprehensive plan that would include bidirectional exchange of established scientists as well as more junior trainees including graduate students and clinical research residents/fellows. These concrete outcomes may improve the scientific interaction between Cuba and the U.S. at the same time that the two governments begin to open up their relationship.

This example of science diplomacy likely feels familiar because some aspects are similar to the relationship between the United States and China. It’s been decades since the first Chinese students came to the U.S. for training and education, very slowly building the bridge between the two countries. Now, it is commonplace for U.S. scientists to go to China for meetings and collaborations and vice versa.

Another aspect of science diplomacy is developing close collaboration and coordination to create truly global research initiatives. Europe, Canada, Japan, China, and the United States all have launched large brain projects. The Global Brain Workshop, sponsored by NSF, the Kavli Foundation and Johns Hopkins University, gathered the leaders of these projects in a brainstorming session to devise effective ways for international efforts to work together toward solving the most challenging problems associated with brain science and health.

Rather than balkanized brain initiatives scattered around the world, the Global Brain Workshop aims to create a unified consortium where information from all of these projects can be compiled and used most effectively. But, ultimately, the reason why such a workshop could even occur is because scientists recognize the value of these international efforts and are communicating with one another independent of government diplomacy.

Not all countries possess the infrastructure to carry out high-tech science, but they have a lot of smart people and a lot of will to contribute. Through science diplomacy efforts such as this, we can incorporate the participation of people in countries that are extremely diverse in their infrastructure.

Every year SfN membership is more and more international. As we attend the annual meeting and interact with neuroscientists from countries spanning the globe, all of us are practicing science diplomacy simply by engaging in the shared pursuit of knowledge. SfN sustains this network of neuroscientists by being sensitive and attentive to the needs and values of its international membership, fostering the strength of the global neuroscience community.

However, scientific exchanges prove successful only when they are reciprocal. As SfN members, we must seek opportunities to interact with the neuroscience community outside our home countries. There is much to learn and discover in doing so. Following our curiosity in this way has the potential to help open avenues for communication between nations. In this way, we become much more than scientists, we serve as ambassadors as well.