Walter J. Koroshetz, MD, and Joshua Gordon, MD, PhD, are directors of the National Institute of Neurological Disorders and Stroke (NINDS) and the National Institute of Mental Health (NIMH), respectively. They are coauthors of the JNeurosci paper “The State of the NIH BRAIN Initiative,” which describes scientific advances supported by the NIH Brain Research through Advancing Innovative Neurotechnologies (BRAIN) Initiative and identifies future directions for research. BRAIN aims to reveal how individual cells and complex neural circuits interact, by accelerating the development and application of innovative technologies to produce a more dynamic picture of the human brain.

What have been some significant findings or outcomes from the BRAIN Initiative in the last five years as well as those that surprised you most? Can you describe how this is informing your approach to the Advisory Committee to the NIH Director (ACD) BRAIN Initiative Working Group 2.0? 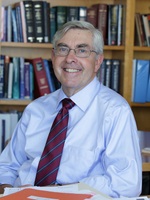 WK: As of January 2018, NIH’s total investment of approximately $559 million has led to over 360 BRAIN awards to more than 500 investigators, resulting in more than 530 publications. The Initiative allows both amazingly innovative experiments in single labs and complex projects that are far too labor intensive to be undertaken in a single lab. One of the biggest surprises is the pace at which single cell genomics enabled high throughput classification of cell types with resultant genetic access. 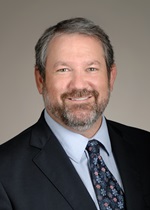 JG: The BRAIN Initiative’s progress to date has been remarkable. BRAIN-supported projects have led to important advances such as maps of whole brains in action, the ability to identify thousands of brain cells at a time, and portable brain scanners. These discoveries help to give us a detailed picture of the circuits and networks in the brain, how they work, and where things go wrong.

BRAIN-funded teams have used genomic techniques to provide new insight into brain disorders such as Down syndrome and schizophrenia. Using single cell genetic labels, BRAIN researchers precisely mapped the brain circuits that control mouse movements and emotions. An international Brain Initiative Cell Census Network Group (BICCN) team identified a specific type of neuron — they named it the “rosehip” for its distinctive shape — that is present only in humans.

These and other findings illustrate the tremendous promise of the BICCN, which will eventually create a full picture of the diverse cell types in the human, monkey, and mouse brains.

The ACD BRAIN Initiative Working Group 2.0, which has been engaged in planning meetings throughout the fall, is focusing on neuroethical implications that may arise as the science produces new neurotechnologies and has noted special ethical considerations. Can you share more about the range of issues being considered and your insights on how this might affect future research and applications from the BRAIN Initiative?

WK: The NIH BRAIN Initiative is committed to research that adheres to the highest ethical standards. The Initiative relies on an external Multi-Council Working Group (MCWG), made up of nongovernmental experts, to provide oversight of the long-term scientific vision. Also, a dedicated Neuroethics Working Group (NEWG), comprising both neuroethicists and neuroscientists, helps to ensure that neuroethical considerations are fully integrated into the Initiative. The NEWG developed a set of Neuroethics Guiding Principles and organizes topical workshops about the Initiative’s broad research portfolio, bringing together stakeholders representing neuroscience, neurosurgery, neuroethics, philosophy, and law.

JG: The NEWG is also doing “deep dives” into particular areas of ethical concern, such as research with human neural tissue. A recent workshop focused on research with ex vivo brain tissue and brain organoids. The BRAIN Initiative also has a neuroethics research portfolio. Four awards have been made to address core ethical issues associated with emerging technologies from the BRAIN Initiative, including a project that focused on bioengineered brain modeling research. Funding announcements have been renewed for FY 2019.

With BRAIN 2025 as a guide, the Working Group will identify new scientific questions from high priority research areas but also focus on the neuroethical implications that may arise as the science produces new neurotechnologies.

A recent report on the BRAIN Initiative expressed that the experimental neuroscience community must make primary data available for analysis by others and strive for rich collaborations with scientists from other disciplines. Can you speak to the increasing need for innovative computational scientists and theorists to unravel the brain’s codes, and whether breakthrough technologies and discoveries are likely to depend on interdisciplinary collaborations on a large scale that is not yet realized?

WK: The success of the BRAIN Initiative rests, in large part, on whether it can spur a cultural change in how neuroscience research is performed, and how the value of the data is optimized. Many of our team science projects, such as the BICCN, require sophisticated means for acquiring data in a standardized manner, so that data can be shared among collaborating laboratories working toward the final product. Similarly, the large team projects that focus on understanding specific circuits produce data sets of thousands to one million neurons firing from mouse or zebrafish brains or even human brains. Such data archives should prove valuable to the wider community of neuroscientists, computational scientists, theorists, and others.

Standardized protocols for data management and acquisition can be linked to metadata that describe experimental details, so that others can replicate, refute, or offer different theories that better fit the data. Ultimately, the goal is to understand the building blocks of the neural code and how the brain processes information.

The BRAIN Initiative arose in part out of a need to decode how neural circuits carry out complex, higher functions of the brain, and to understand clearly what goes wrong in neurological, mental, and substance use disorders. Can you address the progress made and how the unique aspects of the BRAIN Initiative are helping to address this challenge?

JG: We need to be able to see the circuits in action to understand brain function and to monitor and manipulate circuits for improved function. For example, current brain scanners are large, uncomfortable, and loud and require people to remain still for a long time, making it difficult to study the brain accurately.

To address this, one BRAIN Initiative group laid the foundation for developing a portable MRI machine designed to scan the brain. Another team has developed new tools to help researchers to map the activity of an entire brain — such as combination microscopes that allow scientists to examine multiple single-unit activity in specific cortical regions while simultaneously imaging bulk activity over the entire cortex of the mouse brain.

We think these emerging approaches will allow high-throughput, broad, and dense recordings during complex behaviors, and we should see more and more of these kinds of experiments as we move forward into the second half of BRAIN. We hope the results will tell us something truly novel about how local and distributed neural circuits govern these behaviors.