Society for Neuroscience - Inside Neuroscience: Using Single-Cell Transcriptomics to Map the Brain's Machinery

Inside Neuroscience: Using Single-Cell Transcriptomics to Map the Brain's Machinery

Because the brain contains so much cellular complexity, it can be difficult to study the mechanisms of neurological disorders, including Alzheimer's disease (AD), Autism Spectrum Disorder (ASD), and addiction. In traditional genomics, researchers extract molecules from brain tissue but are unable to attribute a specific molecule type to a disorder.

"We can think about it as a fruit shake: we're taking all the fruits [and] mashing them together. If there is a rotten fruit inside, we will feel it in its taste, but we don't know where it comes from," explained Naomi Habib, senior lecturer and assistant professor at The Hebrew University of Jerusalem, Edmond & Lily Safra Center for Brain Sciences, and moderator at a press conference from Neuroscience 2019 titled "Mapping the Brain’s Molecular Machinery, Cell by Cell."

An evolving area of research is single-cell transcriptomics, which consists of single-cell or single-nucleus RNA sequencing that can isolate, identify, and analyze thousands of individual cells. RNA can provide information on the dynamic state of the cell, its functions, and changes it might undergo. Thus, the resulting sequencing analysis can help "map" the cellular-molecular changes between healthy and diseased brain tissue. "To continue the fruit analogy, if we're looking at all of them spread out this way, we can identify the rotten fruit… even rare fruit that's rotten," explained Habib.

In the press conference, researchers spoke about their transcriptomics research and how they've been able to study brain cell types, networks, and regions in relation to brain diseases and disorders.

There has been a recent surge in overdose deaths, and addiction treatment costs an estimated $600 billion in the United States; there is no FDA-approved therapeutic treatment available. Addictive drugs like cocaine and opioids alter brain function, but the exact mechanism is not yet clear. Researchers are exploring chronic relapsing brain disorders to identify the genetic effects of drugs on the brain — specifically, changes to neural connections and brain circuits.

Using a mouse model, scientists at Icahn School of Medicine at Mount Sinai studied whether chronic cocaine exposure might alter gene regulation in lasting ways. Using Assay for Transposase Accessible Chromatin with high-throughput sequencing (ATAC-seq), they honed in on the nucleus accumbens, an important region in the brain’s reward center. There, the researchers isolated and analyzed two types of medium spiny neurons (MSNs), called D1 and D2 MSNs. D1 MSNs are sometimes called "reward neurons," whereas D2 neurons have the opposing function by conveying aversion signals.

Genetic material in the nucleus of a brain cell is normally wrapped around histone proteins in a structure called chromatin. They found that cocaine "hijacked" the chromatin structure of the D1 MSNs, opening up the protective chromatin structure at specific locations in the genome — leaving the genes open and accessible to be transcribed. The D2 MSNs were not impacted.

Repeated cocaine exposure made those genes in the D1 MSNs accessible for long periods, even for weeks after withdrawal. It's believed that this "scarring" primes relevant genes for quick activation — in other words, re-exposure to the drug causes the genes to respond much more quickly to it and is thus a potential mechanism for relapse.

Philipp Mews, instructor at Mount Sinai and presenting author, said, "To develop new therapeutics, we aim now to identify the very precise mechanisms that underlie this molecular pathology because we think that's not only true for cocaine addiction but also other types of drug addiction." With this aim in mind, they are now trying to prevent and reverse chromatin scars in their rodent models.

Some neurodevelopmental disorders impact certain nerve cell types at certain stages of development: for example, ASD usually develops in the first two years of life and schizophrenia in the 20s and 30s. The long development of the human brain relative to other animals makes studying these diseases in non-human models challenging. Researchers at the University of California, San Francisco (UCSF) sought to create an atlas, a "roadmap" of the molecular features that distinguish cell types, to better understand the changes each cell type undergoes over the course of brain development.

To do this, they used donated postmortem tissue from human brains ranging from the second trimester of gestation through adulthood (50 years old). Researchers took sections from relevant brain regions, extracted the nuclei, barcoded and sequenced them, and identified which genes were expressed in which cells. They can thus study specific cell types in specific brain regions across developmental time — which cell types mature at what rates, in other words.

It will take years to analyze all the data, but researchers can now "cluster" cell types and their molecular states together to identify the age range when that cluster develops. The data also highlights cell types that are enriched for genes associated with diseases such as schizophrenia and ASD, showing when and in what area the diseases express themselves in the brain.

"What our dataset is also showing us is that individual cell types undergo their own pattern of developmental maturation. Some of those maturational states will extend over many, many months in one cell type and far fewer months in another," said Arnold Kriegstein, John Bowes Distinguished Professor in Stem Cell and Tissue Biology, director of the UCSF Eli and Edythe Broad Center of Regeneration Medicine and Stem Cell Research, and presenting author.

"Why are these cell types taking longer to mature and what does that mean for disease susceptibility is something that we don't know yet, but this gives us at least a place to begin to understand that and by itself is a very unexpected finding."

Researchers are now working to link the genetic information they have to the behavioral symptoms of the disease, focusing particularly on ASD right now but aiming to extend the research to other disorders as well.

What is the molecular mechanism of AD? The most common form of dementia, it's estimated that 40 million people will be affected by 2050. Aging is the most important non-genetic risk factor in AD, and it's been challenging to understand whether AD is merely an accelerated form of aging or an entirely different kind of aging. As a result, it's particularly challenging to separate the effects of aging with those of the disease.

Scientists at the University of California, Irvine used data from 1,200 postmortem human brain samples to try and address this challenge. They first used transcriptomics to conduct gene network analysis on dysregulated groups of genes. They found that gene expression signatures of AD can vary widely according to brain region, but that there are commonalities among the brain samples. In the progression of the disease, there are gene networks that become dysregulated that, critically, are not affected in normal aging. Gene networks that are involved in synaptic transmission, for example, are one of several that become downregulated in AD exclusively.

The researchers used a secondary analysis of single-cell transcriptomics to cluster cells by gene expression. They found populations of oligodendrocyte glial cells, which serve as the brain's insulation and support system, that are specifically enriched in AD but not normal aging. This provides clues of the particular cells in the particular regions of the brain that are proportionally impacted by these gene networks. The researchers are continuing to profile at the single cell level. 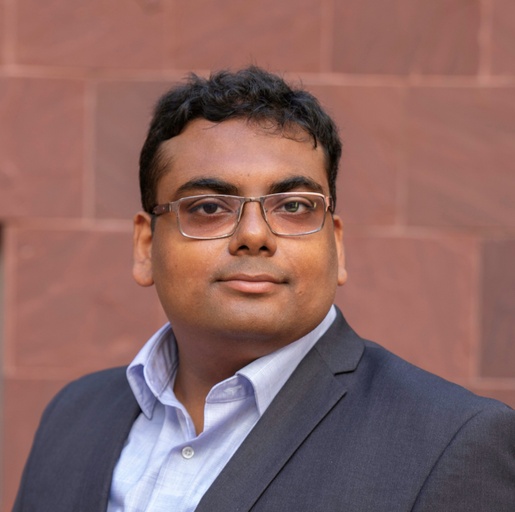 Vivek Swarup, assistant professor and presenting author, said, "Our work has identified gene networks and clusters which are dysregulated only in AD... We are now focusing on genes which are master regulators of these networks — and we hope that we can target these genes to be effective therapeutics for Alzheimer's disease," said Kriegstein.

As Habib explained, these individual studies are not only useful for contributing to our understanding of brain diseases and disorders. They also enhance our overall understanding of brain development and delineate some of the organ's complexity. "There's a global effort to use these technologies to understand the cellular diversity of the brain," Habib said.

"It shows us how diverse the cells in the brain [are], much more than we were previously expecting," she said. "We're able to understand the diversity between individuals, the differences between males and females that we weren't expecting to be so dramatic, the differences across ages, and of course with disease as well."