Rescuing Biomedical Research (RBR) is an organization dedicated to addressing the systemic flaws burdening the biomedical research community, including unsustainable grant competition, perverse incentives in institutional funding, and numerous barriers preventing young scientists from advancing their careers in the field. Two co-founders of the organization, Shirley Tilghman and Harold Varmus, spoke to SfN on behalf of RBR about the challenges facing biomedical research and actions RBR is taking to help overcome them.

Shirley Tilghman served as Princeton’s 19th president from 2001 to 2012. She currently serves as a trustee of Amherst College, the King Abdullah University of Science and Technology, the Institute for Advanced Study, Leadership Enterprise for a Diverse America, and the Carnegie Endowment for International Peace, and is a director of Google Inc. Harold Varmus, co-recipient of the Nobel Prize for studies of the genetic basis of cancer and former NIH director, currently serves as the Lewis Thomas University professor at Weill Cornell Medical College and a member of the New York Genome Center.

NQ: Rescuing Biomedical Research (RBR) grew out of the 2014 Proceedings of the National Academies of Science article, “Rescuing US Biomedical Research From Its Systemic Flaws.” Can you briefly summarize the article’s findings and how it led to the creation of RBR?

RBR: Rescuing Biomedical Research grew out of a series of conversations among the four co-authors in 2013 and 2014. During these meetings, we shared our concerns about changes in the climate of biomedical research and about the chilling impact these changes were having on early careers of scientists. We agreed that one driver of these changes was the unrealistic expectation that biomedical research would continuously expand, which was the case in the 1970s and 1980s and reinvigorated during the doubling of the NIH budget from 1998 to 2003. By the time our group started its conversations, the idea of unending growth no longer held, but the field had yet to adjust to this change.

Biomedical sciences had always been a cottage industry, depending almost entirely on the labor of trainees to conduct research. As growth in the NIH budget stalled after the budget doubling, the production of new scientists continued, leading to a situation where too many people were chasing too little money. This led to many of the features that concerned us: hyper-competition, especially evident in the never-ending cycle of grant-writing; increased difficulty in publishing papers, particularly in the most esteemed journals; lengthening of training periods, especially for postdoctoral scholars; and a growing disillusionment with the atmosphere of the research enterprise, among trainees and faculty alike.  Such an environment is not likely to attract talented people or encourage greater diversity among trainees, and those who come will hesitate to take the kinds of risks that path-breaking science requires.

NQ: RBR has highlighted the mismatch between the mission of graduate biomedical programs (i.e., preparing students for principal investigator positions) and the career outcomes of trainees. Can you share some efforts by RBR, universities, and others that are addressing the training needs and career outcomes of students?

“All careers are 'alternative careers' today, even traditional jobs on university faculties.”

RBR: For many years training in biomedical sciences has been focused on preparing the next generation of independent investigators to lead laboratories in academia, research institutes, and government. That made sense in the 1970s when over 60 percent of trainees successfully transitioned to such positions. The number today is estimated to be less than 15 percent. There has been a significant awakening in the community to the need to gear graduate training to a broader array of career paths — all careers are “alternative careers” today, even traditional jobs on university faculties.  As we and others have emphasized, current and prospective students need information about the biomedical labor market they will enter.

In this spirit, Johns Hopkins University President Ron Daniels put together a consortium of universities committed to collecting and publishing online statistics of career outcomes for their trainees. The provosts of the 62-member Association of American Universities have made a similar commitment to data transparency. A number of prominent studies have now strongly endorsed new approaches to graduate education, based on the changes in the job market.  For example, in response to a study of the biomedical workforce by a subcommittee of the Advisory Committee to the NIH Director in 2012, the NIH provided seventeen institutions with Broadening Experiences in Scientific Training (BEST) grants to allow them to experiment with graduate curricula. Those grants end this year, and a review that describes the most successful practices that have arisen from them will be available. In the meantime, several universities have created offices for career development, offering opportunities for students and fellows to explore careers in industry and other non-academic venues during their graduate training. However, a major stumbling block to these reforms remains: trainees regularly report that their faculty advisors continue to view an independent faculty position as the leading indicator of professional success.

NQ: The average new researcher will receive their first NIH R01, a primary source of research funding, when they are in their mid-40s. This statistic helps to reveal the tremendous financial challenges pre-tenure faculty are under. How has RBR worked with NIH and others to provide more support to young researchers?

RBR: RBR has consistently advocated for greater funding and earlier independence for newly minted scientists. Last year we published a perspective in Science magazine in which we call for a large increase in the number of NIH New Innovator (DP2) grants — grants currently supported by the NIH Director’s Common Fund. These awards provide generous funding for five years to investigators who have received an advanced degree within the previous ten years and who propose highly original research programs.  Importantly, these awards carry no requirement for preliminary results, encouraging applicants to pursue projects that differ from their postdoctoral work. In addition, the success of this grant program has been endorsed by an external review and confirmed by the success of a similar program under the auspices of the European Research Council.
We also suggest that the individual NIH institutes mandate that Requests for Applications (RFAs), often used to promote priority research areas, be designed to fund a significant number of early stage investigators as a means to attract them into emerging, important areas.

Finally, we propose that the NIH conduct a pilot study to evaluate applications from young investigators separately from those submitted by more experienced grantees, a policy that has also been successfully adopted by the European Research Council.

NQ: RBR has described tenure evaluation at most institutions as being “outsourced” to funding institutions and journals. What should faculty evaluations be based on, and how is RBR working to encourage such change?

“When institutions resort to counting grants and papers published in 'high impact' journals, they are indeed outsourcing their own judgments of scientific quality.”

RBR: When institutions resort to counting grants and papers published in “high impact” journals, they are indeed outsourcing their own judgments of scientific quality. Furthermore, they are endorsing and encouraging the very conditions that have led to hyper-competition. RBR is participating with other organizations, including the National Academy of Sciences, Howard Hughes Medical Institute (HHMI), and the Declaration of Research Assessment (DORA), in efforts to improve the evaluation of scientists in hiring and promotion. These organizations are hosting meetings this fall with experts from a variety of disciplines and organizations already thinking about how to reform faculty evaluation. RBR will review recommendations from these meetings and champion those that seem promising. 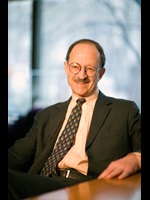 NQ: How can SfN members join in advocating for biomedical research reform?

RBR: We have consistently argued that members of the scientific community — especially those who have embraced scientific societies such as SfN as central to the health of both their science and their community — can work most effectively for broad changes in the enterprise by acting locally. Adopting reforms in graduate education and postdoctoral training in your own institution is a step toward effecting change more globally. In the current climate, a graduate program that promises a modern, broadened graduate experience is likely to be more successful in attracting students.

One change that would go a long way to reducing hyper-competition is to reduce the enterprise’s dependence on trainees to perform the functions required in a modern biomedical laboratory. For example, as biomedical science has become more demanding technically, more of the work should be conducted in core labs overseen by highly trained and well compensated scientists. Many institutions, such as the Broad Institute, the HHMI’s Janelia Research Campus, the NIH Intramural Research Program, and most large cancer centers, have already begun to embrace this model, providing gratifying professional positions for scientists who prefer to use their skills in ways that differ from the traditional academic model.