Launched in 2014, the U.S. government-sponsored Brain Research through Advancing Innovative Neurotechnologies (BRAIN) Initiative is an ambitious ten-year effort to accelerate the development and use of tools to improve our understanding of how the human brain functions in health and disease.

Halfway through its intended lifespan, the BRAIN Initiative’s impacts on neuroscience are beginning to be felt. As of January 2018, NIH had awarded 368 BRAIN Initiative grants to more than 500 investigators, resulting in over 330 publications.

So, what have we learned from the BRAIN Initiative so far? What is currently in development that could transform our understanding of the brain? And what will the next five years bring?

“We can now record and visualize vast areas of the brain communicating with each other in a way that we never could before — not only at the surface, but deep inside awake, behaving humans and animals.”

“We can now record and visualize vast areas of the brain communicating with each other in a way that we never could before — not only at the surface, but deep inside awake, behaving humans and animals,” says Stephanie Jones of Brown University.

In her lab, Jones records human brain activity non-invasively and builds models of neural circuits to study how the signals recorded from outside the brain are generated within.

She says the BRAIN Initiative has allowed her lab to turn their model, which relates neural circuits to electroencephalogram (EEG) signals, into a user-friendly software to share with the wider community.

“We’re developing tutorials on how to use this software and holding workshops for people to get them engaged in its use in an array of basic science and clinical studies,” she says. “Researchers can use the software to make detailed predictions about the neural origin of human EEG signals that can be directly tested with invasive techniques in animals or with different human imaging modalities.”

Jennifer Li of the Max Planck Institute for Biological Cybernetics likens the influence of the BRAIN Initiative on neuroscience to that of the Human Genome Project on genetics.

“For the Human Genome Project, we understood what genes were and what it would take to sequence the genome, but the project allowed us to scale it up,” she says. “I think the BRAIN Initiative is similar in the sense that we have some foundational knowledge and we’re scaling it up to create useful resources for the community. 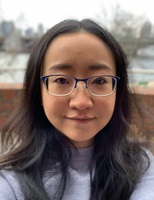 "For the Human Genome Project, we understood what genes were and what it would take to sequence the genome, but the project allowed us to scale it up." - Jennifer Li

The Allen Institute’s Ed Lein agrees with Li. He says the BRAIN Initiative has dramatically accelerated progress in some areas through the formation of consortia of people working together on bigger goals. He points to the BRAIN Initiative Cell Census Network as an example.

“The goal of the Cell Census Network is to understand the complete cellular makeup of the brain and the wiring diagrams among different types of neurons in the brain,” says Lein. “It’s a pretty grand goal that involves a lot of people. The resources and consortium structure have been put in place to try to tackle the problem as a whole, rather than in small pieces.”

As part of the Cell Census Network, researchers are translating various methods that work well in model organisms into humans. This includes defining cell types by genes using transcriptomics.

“The ability to analyze all the genes being actively used by individual cells allows us now to look at the complete cellular complexity of different parts of the brain.”

“This is the single most transformative technology in the field at the moment,” says Lein. “The ability to analyze all the genes being actively used by individual cells allows us now to look at the complete cellular complexity of different parts of the brain.”

“It will be a foundation for opening brand-new horizons into understanding disease mechanisms at the level of specific cell types,” he says.

At MIT, Edward Boyden is working on the forefront of several new technologies to map, manipulate, and observe the brain in action.

He first published a description of expansion microscopy, a visualization technique in which a brain can be swelled and blown up in size, in early 2015. Expansion microscopy enables the nanoscale wiring and synapses of the brain to be observed on ordinary microscopes. He estimates that he and his colleagues have now trained between 350 and 400 other groups in how to use the technology.

Dr. Boyden and his colleagues have trained hundreds of groups in expansion microscopy.

Boyden also co-developed the technique of optogenetics with Karl Deisseroth when they were both at Stanford in the early 2000s. With this technology, researchers can insert genes into specific brain cells and then turn the cells on and off with light.

“Many hundreds of scientists are now using optogenetics to make fundamental discoveries about the brain, as well as discovering how to heal the brain in disease model organisms like mice,” Boyden says.

“My dream is to combine these technologies to look at entire small brains in the near future — not humans, but worms or fish or mice — to see if we can make activity maps and detailed wiring diagrams of the same brain circuitry,” he says.

Sreekanth Chalasani, of the Salk Institute, is also developing a new technology for manipulating cells within the brain. His technique, called sonogenetics, uses ultrasound instead of light to control cells deep within the brain noninvasively. He demonstrated the method in C. elegans and now the BRAIN Initiative is funding his efforts to test it in mice.

“The Initiative looks at the merit of the idea and if they think it can move the needle, they fund it. This has taken neuroscience in new directions that we didn’t even know would be possible.”

“Without the BRAIN Initiative, I would have never received money to do an experiment in mice since I haven’t worked with mice since grad school,” Chalasani says. “But the Initiative looks at the merit of the idea and if they think it can move the needle, they fund it. This has taken neuroscience in new directions that we didn’t even know would be possible.”

“My guess is that over the next couple years we will see some of these new noninvasive brain stimulation techniques like sonogenetics get into larger animals and eventually apply them to humans,” says Chalasani.

Despite all the recent advances, there is still so much to learn about the brain.

“I think to really understand neuroscience, you should be able to activate a cell in the brain and predict precisely how other cells will respond throughout the entire brain and what behavior will be induced,” says Li. “That’s something we can potentially answer in the next five years in smaller systems, such as C. elegans or zebrafish.”

Jones hopes that connecting research in animal models to work in humans will lead to a better understanding of human brain health and disease.

“We can’t do everything in humans and we can’t assume an animal will model human disease exactly,” she says. “We need to bridge that gap to understand how the brain works and develop therapies.”

Lein says that completing cell-cataloguing projects will be a capstone achievement for the BRAIN Initiative, but it’s only a first step.

“I think we’ll see a huge amount of progress in understanding the connectome as well. And as we start to understand the physical substrate, then we can begin to delve into the functional circuitry, as well,” he says.

Boyden also anticipates more linking of the structure and function of the brain.

“A lot of researchers are using optogenetics to perturb brain activity and see how behaviors change,” he says. “Now imagine how much more powerful it would be if we could take those perturbed neurons and map all their connections.

“From the basic science insights that can be derived with these tools, new ideas can be developed that can be potentially transformative in human health.”

As the BRAIN Initiative enters its second five-year timespan, a new Working Group of the Advisory Committee to the NIH Director, dubbed “BRAIN 2.0,” is assessing progress so far and identifying key opportunities to move forward. Consistent with the goals set forth at the beginning of the Initiative, NIH plans to build on its current emphasis on developing technology to revolutionize our understanding of brain circuits. A formal report detailing next steps is expected in the coming months.