Sign up for the monthly Advocacy Network Newsletter to receive the latest science policy developments, advocacy engagement opportunities, and advance advocacy resources right to your inbox.

Join your fellow NeuroAdvocates in urging Congress to support neuroscience priorities and increase research funding for Fiscal Year 2023. Send your Representative and Senators a message via SfN’s Advocacy Action Center and personalize it by including why robust federal funding is critical to your research and necessary to advance our understanding of the brain.

SfN submitted congressional testimony written by SfN President, Dr. Gina Turrigiano, to the House and Senate Commerce-Justice-Science and Labor-HHS-Education subcommittees, for both NSF and NIH respectively for FY2023. The testimony outlines the importance of basic science research, recent advancements in the field of neuroscience, and the disruption that comes from continuing resolutions.

SfN, the American Academy of Neurology, American Brain Coalition, and the American College of Neuropsychopharmacology in cooperation with the Congressional Neuroscience Caucus (CNC) hosted a virtual congressional briefing on the neurological and psychological impacts of Long-haul COVID-19. Along with a written summary, the briefing is available to watch where you can hear from experts in the field and a patient advocate on the impacts of Long-haul COVID-19 symptoms on the brain and what society is predicted to see moving forward.

SfN members funded by the BRAIN Initiative were recently elected to the National Academy of Sciences (NAS). Past SfN President, Dr. Hollis Cline along with Drs. Helen Mayberg, Elizabeth Buffalo, and Stephen Lisberger were among 120 newly elected members chosen for their distinguished and continuing achievements in original research. The NAS provides independent, objective advice to the nation on science and technology and is committed to furthering science in America.

The House and Senate Appropriations Subcommittee on the Departments of Labor, Health and Human Services, Education, and Related Agencies recently held hearings to discuss the President’s FY2023 NIH budget request, with NIH leadership testifying. President Biden requested $49 billion for the NIH in FY2023 including $5 billion for ARPA-H. While Members of the Subcommittee for both the House and Senate reiterated their long-standing support for the NIH, they also expressed concern about the proposal’s lack of funding increases for the NIH base budget and substantial investment in ARPA-H.

The latest episode of GetReal! podcast, hosted by Dr. Cindy Buckmaster, details how groups that oppose research with animals continue to tell lawmakers and the public that it is no surprise that only five percent of the drugs developed and tested with animals make it to market. They insist that we can learn all there is to know to treat and cure disease in people by using non-animal technologies. Listen to Drs. Buckmaster and Adrian Smith discuss this topic and the truth behind animal research and drug development.

Register for an Opinion Writing Workshop

Research!America is hosting their second annual summit for early career researchers, Reaching the Peak: A Science & Technology Career Summit, on Wednesday, June 15 from 11:00 – 6:00pm ET. Throughout this event, you will have the opportunity to explore an array of career paths, network with fellow researchers and career professionals, participate in professional development workshops, and engage in meaningful discussions around issues critical to the success of the R&D ecosystem. Registration is now open, and the virtual environment will open on June 14 at 11 a.m. ET.


To have the newsletter delivered to your inbox each month, sign in to your member account and opt in to the Advocacy Network. 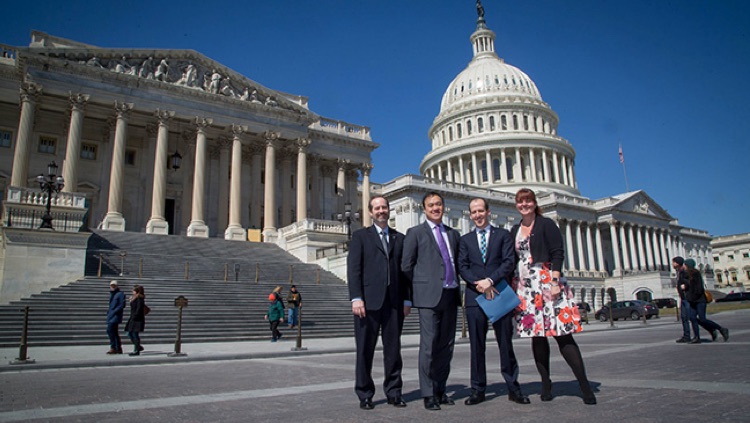 Stay informed and take action on issues that affect your research