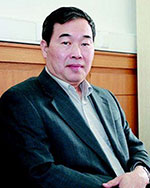 Mu-ming Poo is the director of the Institute of Neuroscience at the Chinese Academy of Sciences (CAS) and director of the CAS Center for Excellence in Brain Science and Intelligence Technology, a consortium of laboratories from more than 20 CAS research institutes and universities.

China has invested significant resources into efforts to increase understanding of the brain and nervous system. What are the key strategic reasons for the investment and what are the primary objectives?

There is now clear recognition by the Chinese government and the scientific community that brain science is an important frontier in which Chinese scientists should make substantial contributions. It is also recognized that understanding the brain is directly relevant to urgent societal needs such as health care and new technology development, i.e., the diagnosis and intervention of brain diseases and the development of brain-inspired intelligence technology. Thus, the China Brain Project will integrate brain science and brain-inspired intelligence technology. The primary objectives are three: understanding the neural basis of cognitive functions, developing diagnostic and intervention tools for several major brain disorders, and developing new brain-inspired computation methods and devices.

How do you see strategic investments such as this one supporting basic science in ways that move the field forward?

Understanding the neural basis of cognition will be the central pillar of the China Brain Project, with the two applied areas as the two arms. Each of these three areas will be supported by national platforms that facilitate data collection, analysis, and dissemination, as well as technology development, which will contribute to the global efforts in developing new neurotechnology. Our understanding of the neural basis of cognitive functions unique to humans and primates will also be greatly facilitated by the China Brain Project because of its likely focus on the use of nonhuman primates (macaque monkeys in particular) as the primary animal model. In developing intervention tools for human brain diseases, nonhuman primate disease models are indispensable; China is likely to be a major contributor in establishing macaque models for human brain diseases in the near future.

What are some of the key challenges and opportunities presented by this initiative?

The China Brain Project will be focused on areas in which China has strength, in terms of existing expertise of scientists and availability of special resources (e.g., macaque monkeys and brain disease patient populations). Because the goal is to forge an integrated development of basic and applied brain sciences, the key challenges are to identify major frontier problems to focus on, to organize high-quality interdisciplinary teams to address them, and to establish fruitful international collaborations in which Chinese scientists could play a major role.

How will China’s efforts complement the work of other large scale brain projects being undertaken in countries around the world?

The China Brain Project will have emphases that differ from existing large-scale brain projects in other countries, based on areas of unique strengths as described above. The ultimate goals of all brain projects around the globe are basically the same, but one of the areas that China will put more emphasis on is the immediate application of existing knowledge about the brain (before more thorough understanding of neural mechanisms becomes available) to address urgent society needs, such as early diagnosis and effective intervention of brain diseases.

How do you describe to public audiences the importance of China’s investment in this area, and why they should support it?

Perhaps more than any other frontier sciences, public audiences are fascinated by how the brain works and have concerns about how brain disorders may affect their families and friends. The public needs to be convinced that increasing government investment in brain science is not only important in the long run but also highly urgent now. For example, our aging society and existing medical care system will not be able to bear the burden if we cannot develop effective means of preventing Alzheimer's disease within the next two decades.