Society for Neuroscience - A New Role for Neurogenesis

A New Role for Neurogenesis 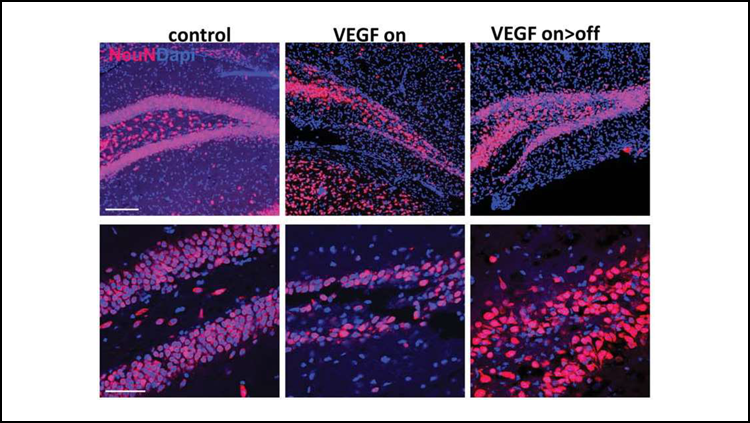 The ability to create new neurons may exist as built-in protection for sensitive brain areas, according to research in mice recently published in JNeurosci.

For a quarter of a century, scientists have known that the brain creates new neurons even into adulthood - a process called adult neurogenesis. The question has been: why? Adult neurogenesis occurs in the dentate gyrus, a brain region involved in memory, but which is also susceptible to damage in the early stages of epilepsy and Alzheimer's disease. Much research has focused on how adult neurogenesis affects learning and memory, but new research suggests an additional role: regeneration.

Licht et al. tested this by exposing the brains of mice to a high level of VEGF, a blood vessel growth protein that can become toxic to the dentate gyrus, for three months. The team then monitored how the dentate gyrus recovered. Within a few months, it had almost fully repaired itself through the activity of adult neural stem cells. The restored dentate gyri displayed similar size, connectivity, and activity to unharmed dentate gyri. The regenerative function of neurogenesis suggests the process may exist as a built-in brain repair system, akin to stem cells in skin and bone marrow.