Society for Neuroscience - Watching Music Move Through the Brain

Watching Music Move Through the Brain 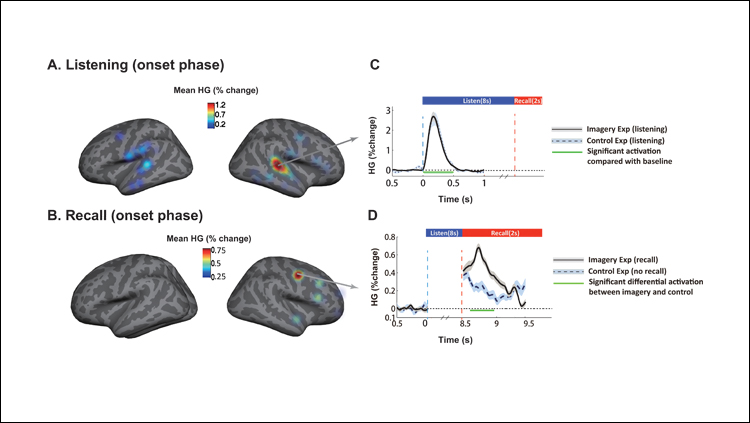 Scientists have observed how the human brain represents a familiar piece of music, according to research published in JNeurosci. Their results suggest that listening to and remembering music involve different cognitive processes.

Previous research has pinpointed areas of the brain -- primarily on the right side -- that are activated by music. However, less is known about how activity in these regions unfolds over time.

In a new study of male and female epilepsy patients, Ding et al. recorded electrical activity directly from the surface of the brain as participants listened to well-known pieces of music, including Beethoven's "Für Elise" and Richard Wagner's "Wedding March." A network of overlapping brain regions was associated with the act of listening to the music and continuing the melody in one's head. The researchers found that musical information traveled in opposite directions during these processes, flowing from sensory to frontal regions during listening and from frontal to sensory regions during recall.

Read the manuscript in JNeurosci: Neural Correlates of Music Listening and Recall in the Human Brain