Society for Neuroscience - Will Run for Meth

Will Run for Meth

The brain regions activated in anticipation of methamphetamine are identified in a noninvasive study of male mice published in eNeuro. 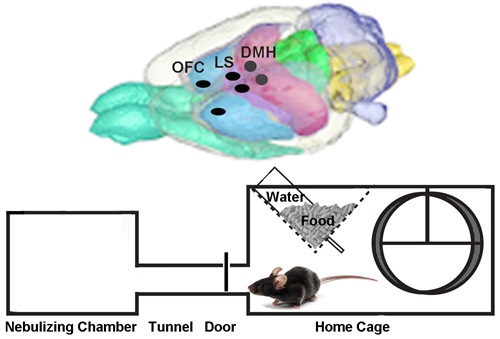 Rae Silver and colleagues investigated behavioral and brain changes in response to regularly scheduled access to methamphetamine, one of the most commonly abused drugs worldwide. Mice were housed in a cage with food, water and a running wheel connected via tunnel to a separate chamber where either nebulized methamphetamine or water was available. The door to the nebulizing chamber was open for one hour at the same two time periods (early, late) each day. This experimental design avoids complications associated with injections and surgery and better represents how humans use the drug.

The researchers found that mice in the methamphetamine group, but not the water group, increased their running on the wheel two hours before the door to the nebulizing chamber was open. The activated brain regions included those implicated in reward processing, food anticipation and craving: the orbitofrontal cortex, the dorsomedial hypothalamus and lateral septum. This anticipation effect was stronger early in the day, a time of day finding consistent with a previous report in humans that found admission of overdose patients to an emergency room peaked at about 6:30 p.m.