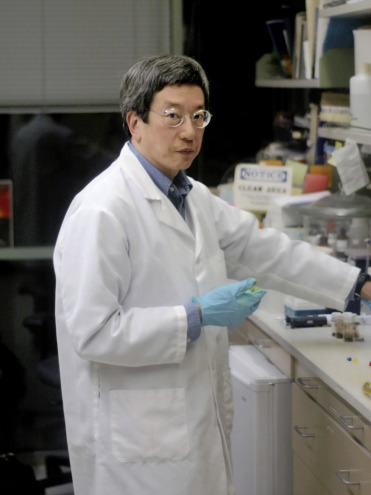 Roger Tsien was born in New York City on February 1, 1952. As a young boy, he was already doing absolutely-not-for-children chemistry experiments in his home basement (and when unusually dangerous or stinky, out on his backyard picnic table). In 1968, he won first prize in the National Westinghouse Science competition, and by 1972 he had graduated from Harvard with a bachelor’s degree in chemistry and physics. In the fall of 1972, Roger moved to Cambridge, England, to begin his PhD studies; this was the beginning of his life-long love affair with calcium.

Roger’s brilliance helped transform many fields in biology and created entirely new ways to probe and monitor the function of small molecules, proteins, cells, and circuits in vitro and in vivo. His legacy is extraordinary. A simple web search will inform on the breadth and extent of his scientific contributions. Roger had a razor-sharp and laser-focused ability to find the Achilles heel in every argument, but he also had the humility to quickly accept when he was wrong. Those who knew Roger would readily remember (he was unforgettable) how quirky and disarmingly unassuming he could be. Also, he was always willing to share the lab’s latest creations with the scientific community, and would eagerly await feedback from users so they could tinker away problems and challenges. Roger always understood that perfect is the enemy of good, so he never let the wait for the perfect solution get in the way of finding a good solution. Roger pushed the boundaries of scientific ingenuity and creativity. He changed the way we could do science. A new generation of scientists can peek into the inner working of cells because of Roger Tsien. © Neuron