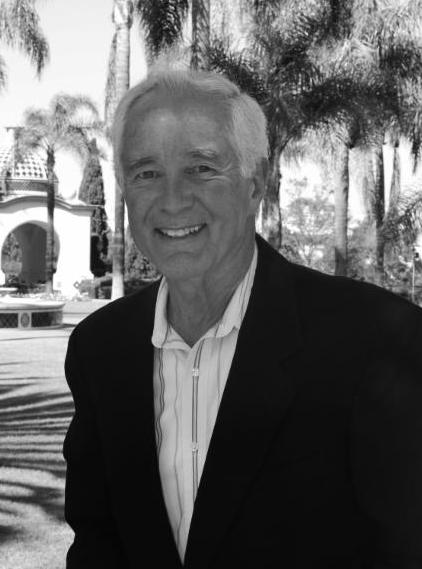 On May 15th, 2017 Tom Scott passed away due to the effects of a heart attack. He is survived by his loving wife, Bonnie Kime Scott, their three children, Heather, Ethan and Heidi, and six grandchildren. Tom was born on October 1st 1944, in Ridley Park, PA. He graduated cum laude from Princeton University in Psychology in 1966 and received his Ph.D. in Biological Psychology at Duke University in 1970, specializing in the neural mechanisms of taste and the neurophysiology of feeding and reward under the mentorship of Robert P. Erickson. In 1970 he became Assistant Professor of Psychology at the University of Delaware (UD), followed by promotions to Associate Professor in 1975 and Professor in 1983. From 1976 to 2000 Tom was also Professor in the Department of Biological Sciences. Tom received an Excellence in Teaching award in 1981 and was named Outstanding Faculty Member by the Undergraduate Honor Society in 1984 and by the Freshman Society in 1996. He served as Psychology Department Chair from 1983-1992 and as Associate Dean for Research and Graduate Studies, College of Arts and Science at UD, from 1992-1997. His research was bolstered by sabbatical leaves with Edmund Rolls in Oxford, UK, Yutaka Oomura in Okazaki, Japan and Takashi Yamamoto in Osaka, Japan. In 2000 Tom became Dean of Sciences at San Diego State University (SDSU), and in 2005 he assumed the roles of Vice President for Research and Dean of the Graduate Division. He also led the SDSU Research Foundation as Chief Executive Officer from 2006-2008. Tom was awarded the Reischauer International Education Award by the Japan Society of San Diego and Tijuana in 2016. Tom was President of the Association of Chemoreception Sciences (AChemS) (1997-1998) and the Society for the Study of Ingestive Behavior (SSIB, 2000-2001) and was an editorial board member for the journals Neurobiology, Nutrition and Acta Physiologica Hungarica. He received research grants from the N.I.H, N.S.F and other sources. Tom published extensively, with 89 research or review papers in journals, 39 chapters and one book. He had just submitted revisions for a book called Quarks to Quasars: Touring Physical Science, under contract with Columbia University Press. His work has been cited by over a thousand journal articles, with about 3000 total citations, and has an h-index of 32. His most-cited paper, with over 170 citations to-date, is "Gustatory responses in the frontal opercular cortex of the alert cynomolgus monkey." by Scott TR, Yaxley S, Sienkiewicz ZJ, Rolls ET (J. Neurophys 56(3) 876-890; 1986), a key study on primate gustatory neural coding identifying distinct neuron types responding to specific taste stimuli as well as unique profiles within a constituent neuron type. In fact, Tom was a pioneer in the neuroscience of gustation. As with any investigator who chooses to work in an emerging discipline, Tom was tasked not only with discovering the answers to fundamental questions, but also with figuring out the most important questions for his field to pursue. To what extent do the earliest events in taste transduction maintain a presence at later stages of processing? How does the remarkable plasticity in an animal's feeding behavior arise from changes in the firing of particular neurons? How should gustatory data be analyzed, keeping in mind issues such as classification of cells, tracking the time course of responses, and considering groups of neurons collectively? How do the precise neurophysiological response patterns of single neurons in the macaque taste cortex translate to results in human psychophysical profiles? How do the neurophysiological response patterns help us to better understand: 1) the neural coding, 2) integrated cortical neural models for sensory processing, and 3) human taste perception? Tom pursued these questions with an open mind in rodents and non-human primates, generating fundamentally new insights into how taste coding relates to an animal’s physiology, psychology and ingestive behavior. Tom's central focus was to understand the perception of taste quality, intensity and hedonic value in relation to the activity of populations of single neurons. Tom's work revealed the functional organization of the gustatory system along the neuraxis in rats (the nucleus of the solitary tract) and macaques (cortex), exploring its rules in the theoretical contexts of specific "labeled lines" versus distributed "across neuron profiles". This approach also allowed Tom to explore how functional populations of neurons with similar tuning profiles were selectively impacted by an animal's physiological state (e.g., satiation level, salt hunger, food deprivation, or blood glucose levels), by taste inhibitors like amiloride, and as a function of prior experience (e.g., conditioning and extinction). Tom had an unusual clarity of thought, speech and writing, from performing a t-test in his mind to explaining neural coding with gusto and rigor. He could verbally walk you through a map with amazing detail, literally and figuratively. He was keenly interested in a wide range of subjects, and his scientific writings drew broadly from outside sources such as Greek and Roman mythology for analogies. He traveled widely and was always deeply curious about the world, exploring the places he visited to uncover the local customs. Tom was a great inspiration and lead-by-example role model to his students and many others. He was highly respected by his peers for his invariably supportive, inquisitive and enthusiastic interactions, as well as for his unwearied wish to excel. We all are honored to share our memories of Tom, who was a person of the very greatest scientific and personal integrity, with whom it was a privilege and pleasure to work. Tom will always be in our thoughts.