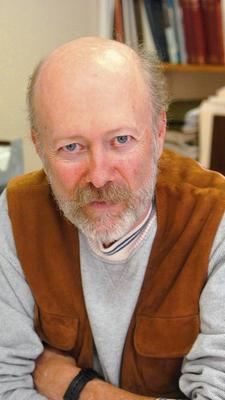 For decades, epidemiologists have recognized that the highest rates of schizophrenia occur in children born in the winter and spring, about nine months after flu season. This pattern led researchers to examine the role that viral infections might play in causing schizophrenia and other disorders, including autism.

One of those researchers was Caltech neuroscientist Paul Patterson, whose curiosity about the connections between such infections and brain development led to important advances in the understanding of those disorders.

Patterson, a leader in the field of neuroimmunology, died June 25 at his Altadena home from a brain tumor. He was 70. His death was announced by Caltech.

In 2007, Patterson and his colleagues showed that injecting pregnant mice with a chemical that stimulates a strong immune response like that caused by influenza led to the birth of pups with behavioral symptoms associated with autism and schizophrenia.

The research provided the strongest evidence to date that environmental factors play a major role in developing such disorders and may lead to new ways to ameliorate symptoms. He was a pioneer who "was not afraid to work outside the scientific mainstream, and who consequently made a number of important and seminal contributions that opened up entire fields of research," said biologist David Anderson, a Caltech colleague.

“While such transplants are not likely to be a treatment for human children, Patterson said, the discovery may lead to other manipulations of the immune system that could reduce autism symptoms. [Paul Patterson] was not afraid to work outside the scientific mainstream and ... made a number of important and seminal contributions that opened up entire fields of research.” - Biologist David Anderson, a Caltech colleague

In related research, Patterson and his colleagues — particularly microbiologist Sarkis Mazmanian — demonstrated that bacteria in the gastrointestinal system play a role in neurodevelopmental disorders. Perhaps as a result of the mother's strong immune reaction during pregnancy, the gut becomes "leaky," allowing bacteria and potential toxins to escape into the rest of the body.

A leaky gut has also been demonstrated in cases of Parkinson's disease, multiple sclerosis, and Alzheimer's disease.

Patterson and Mazmanian showed that injecting the "autistic" mice in their model with the human bacterium B. fragilis, which can treat a leaky gut, reduced leakage from the gut and symptoms of the disorder.

Mazmanian is now preparing an application to the U.S. Food and Drug Administration to begin testing the bacterium in human subjects with autism symptoms and gastrointestinal issues. "The process is long, detailed and has to be done correctly as there is very little room for error, and we are moving forward as thoughtfully as possible," he said.

Paul H. Patterson was born Oct. 22, 1943, in Chicago, and the family moved to Minnesota while he was in high school. He received a bachelor's degree from Grinnell College in Iowa in 1965 and a doctorate in biology from Johns Hopkins University in 1970.

He received a postdoctoral position in neuroscience at Harvard Medical School and was later promoted to the faculty. While there, he developed a technique for growing peripheral neurons in laboratory dishes. Such neurons are not located in the brain or spinal cord but occur throughout the body. Patterson demonstrated that even mature peripheral neurons could change their identities when exposed to environmental influences, the first proof that a nerve cell's identity is not genetically fixed. He continued this work after moving to Caltech in 1983.

Because he believed biology students should also have clinical experience, Patterson played a large role in the development of Caltech's MD/PhD program, in which graduate students can receive a medical degree from UCLA or USC while completing their doctoral studies.

Patterson and his wife, Carolyn, were also active in the Caltech Y, an external organization whose goals include broadening students' horizons. He co-edited a book titled "The Origins of Schizophrenia" in 2011 and was the author of the 2013 book "Infectious Behavior: Brain-Immune Connections in Autism, Schizophrenia and Depression."

He continued his scientific work after his brain tumor was diagnosed in 2013, attending group meetings of his lab and Mazmanian's. When he could no longer be brought to Caltech in a wheelchair, the meetings were moved to his home.

Besides his wife, Patterson is survived by a son, Paul.