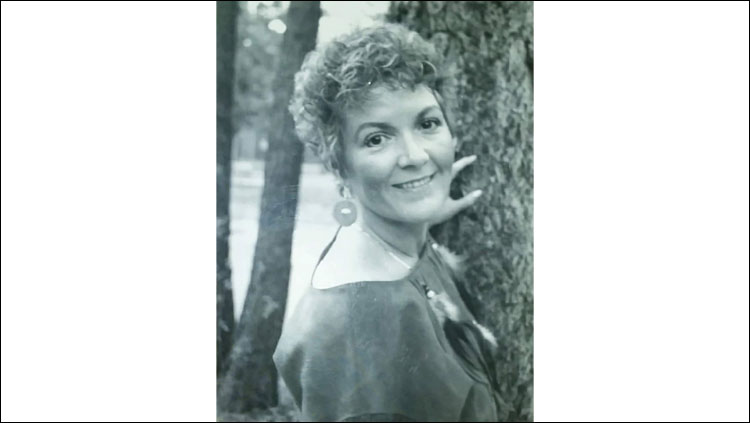 On May 16, 2017, Martine June RoBards of Louisville, Kentucky, passed after enduring thirteen years from complications related to chronic subdural hematoma. A psychologist, scientist, and runner, she lived a prolific life, fueled by her brilliant mind, her vast knowledge of the human brain and science, and her loving generosity with the many lives she touched. She was a gourmet entertainer, an articulate and engaging speaker, a fearless progressive, and an all-around lovely human being. Martine J. RoBards was born in Louisville, Kentucky, on April 16, 1946, the oldest of two children born to Martin J. RoBards, editor of the Louisville & Nashville Railroad magazine and World War II veteran, and Virginia R. Fledderman RoBards, singer and mother. She attended Florida State University, where she received a Ph.D. in Psychology and Psychobiology, studying the development of sensory systems in the brain. In 1974, she completed post-doctoral fellowships at University of Virginia in neuroanatomy, followed by Brown University School of Medicine in neuroscience. Three years later, she took an associate professor position teaching human gross anatomy at the University of California School of Medicine, and was awarded outstanding faculty member from 1979-1981. For the next twenty years, she focused her work on providing clinical and forensic psychology services, consulting, research, and publishing numerous books, and peer reviewed research. With fellow neuroanatomist David Wayne Watkins III, she had two sons, David Mark and Michael Adam. In 1986, her life was forever changed with the death of Mark on his 16th birthday. She dedicated her life to her remaining son, Michael, her patients, and friends. In her last decade of her work in clinical neuropsychology, she was a tireless advocate and formidable expert witness for her patients in hundreds of civil brain injury cases. Surviving Marty is her child, Michael; her brother, James; her niece, Ginny and her four grandchildren, Vivian, Xander, Zachary, and Roxanne. Her ashes will be laid to rest in the Pacific Ocean, alongside her beloved son, Mark. Donations can be made in her honor to the American Foundation for Suicide Prevention.

Martine earned the PhD degree from Florida State University, working with Dr. Bruce Masterton. She then completed post-doctoral fellowships at University of Virginia, with Dr. Lennart Heimer, and at Brown University with Dr. Ford Ebner. In 1967, Marty accepted a faculty position as Assistant Professor of Anatomy at the University of California, Irvine. Marty was funded by NSF and NIH for her studies of the somatosensory system of the opossum, and also taught human gross anatomy to medical students.  She was a very popular teacher and received multiple teaching awards from medical students from 1979-1981. Marty left UC Irvine in 1981 and spent the next twenty years working in the private sector focusing her work on providing clinical and forensic psychology services.