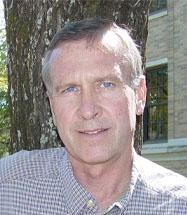 Jack Nation died on May 27 at the age of 59. He was a significant presence in the Psychology Department at Texas A&M University for more than 30 years and a founding a member of the Interdisciplinary Program in Neuroscience at Texas A&M.

Jack received his Ph.D. in experimental psychology at the University of Oklahoma in 1974, training principally in the field of learning. His early work was in the tradition of operant conditioning. Using an animal model (rats), he explored factors that influence the persistence of behavior in the face of non-reinforcement. Starting in the early 1980’s, he began to study how exposure to environmental contaminants, such as lead and cadmium, affect behavior. His work helped to demonstrate that low-level exposure to heavy metal can have a lasting adverse effect. A decade later, he branched out once again, with studies examining how exposure to lead and cadmium impact drug-taking behavior. Early studies in this area demonstrated an effect on alcohol consumption. He then went on to show that heavy metal exposure, even perinatally, can have a lasting effect on a range of drug-reinforced behaviors. Jack’s research was supported by the National Institute of Drug Abuse.

Jack was also a gifted teacher, among the best at Texas A&M. His student evaluation scores were consistently the highest in the Department. His efforts in the classroom were widely recognized by numerous teaching awards, including the Fasken Chair in Distinguished Teaching.

Outside the university, Jack was passionate about sports (especially University of Oklahoma football) and was an avid reader.