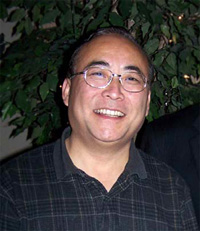 Chao Qin, "Frank," age 54, passed away on October 4, 2010 in Norman, Oklahoma. He was born in Xi'an, China on October 26, 1955, the son of Yuan Kai Qin and Wen Hua Wu. He married Juan Zhang on February 4, 1980. Dr. Qin graduated from Xi'an Medical University in 1975 and served as physiology professor and Vice Chair until he moved to the United States in 1996 when he joined the Department of Physiology at the University of Oklahoma Health Science Center. He was an accomplished scientist, having produced many research articles in China and the United States. His charismatic personality attracted collaborators from all over the world. This is reflected in his publication record which included over 35 scientists as coauthors. His technical skills have been acknowledged to be among the best that other investigators have ever seen. Among his accomplishments in education, he translated a seminal textbook on pain from English into Chinese and wrote a textbook on the Physiology of Chinese Medical Chi
Therapy (Qigong). He was a mentor to medical students, graduate students, postdoctoral fellows, anesthesiology residents, and visiting professors in the laboratory and was always ready with help and advice.

As a member of the Oklahoma City/Norman community, he was often asked by new arrivals from China to help them adapt to our local culture. He is survived by his wife of 30 years, Juan Zhang and daughter Jenney Zhe Qin. His remains will be taken to China and buried in Xi'an.

The family of Dr. Chao Qin has set up a Memorial Fund in his memory for the Department of Physiology at the Oklahoma Health Sciences Center. Donations may be made to: