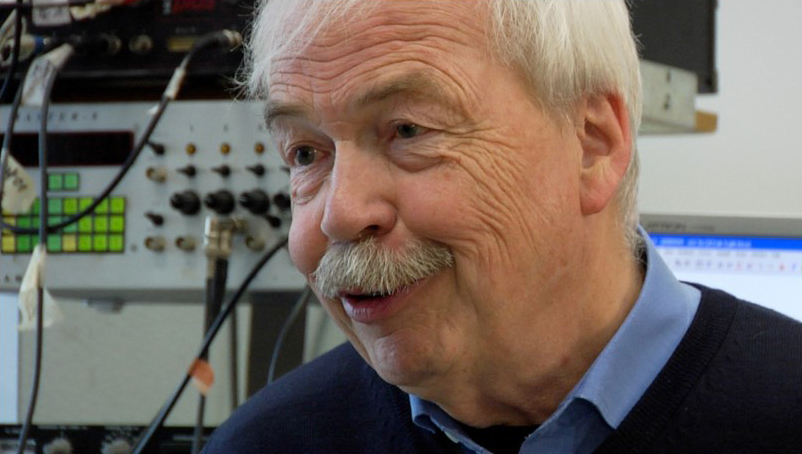 It is with great sadness that we announce the passing of Uwe Heinemann on the 8th of September, 2016. This is a great loss to the community, and is deeply felt by all his friends, co-workers and colleagues.

Uwe Heinemann has been one of the most outstanding and influential researchers in the field of epilepsy world-wide. He has been a force in this field for almost five decades, starting with his early research with Otto Creutzfeldt on mechanisms of EEG, and his postdoctoral work at the Max Planck Institute for Psychiatry in the Department of Neurophysiology in Martinsried in the 1970s. In this time, he has made uncounted seminal scientific contributions to the field, which have frequently triggered new directions in both in neuroscience and epilepsy research.

Uwe has been a substantial force in shaping neuroscience research on many other levels. First and foremost, he has had a remarkable ability to convey his fascination with the field of neuroscience, and in particular epilepsy to students and young researchers. Young researchers from Finland, Israel, France, Belgium, Holland, England, Ireland, Russia and many other Countries have been students, researchers or guests in his laboratory. An unusually large number of these have gone on to obtain faculty positions at prestigious institutions. Additionally, Uwe had a remarkable commitment to teaching. He has always been very active in making the science behind epilepsy accessible to patients, students, neurologists and laypersons. He not only gave innumerable lectures, but also reformed or initiated numerous teaching programs, including medical studies, local and international neuroscience graduate schools and training centers.

Uwe was a member of numerous commissions and governing bodies, from within which he has given numerous impulses that have shaped the field. These included the Commission on Neurobiology and Epilepsy and the Long Term Planning Commission of the International League Against Epilepsy, Advisory Board for the European Academy of Epilepsy, European Epilepsy Congress, European Neuroscience Conference and the Biannual Cogress of the ILAE. He was past president of the German Epilepsy Society (1993-1995), and honorary member of the society since 2012. He was also a reviewing editor for E-neuro, and an associate editor for the Journal of Neuroscience. He was central to scientific review as a member of the ERC Panel Neuroscience and a member of numerous review panels of the German Research Foundation (DFG). He was also one of the initiators of the Workshop on Neurobiology of the Epilepsies, which has gone on to become one of the most influential think tanks in epilepsy research today. The scientific excellence and integrative personality of Uwe Heinemann has been internationally recognized with numerous awards, for instance the international Michael Prize for Epilepsy Research (1979 and 1987), the Alfred Hauptmann Prize (1988), the Ambassador for Epilepsy Award (1989), the Basic Science AES Award (1992), and the European Epilepsy Award (2008).

Lastly, but perhaps most importantly, Uwe was beloved by many for his unfailing loyalty and supportiveness, an unstinting generosity towards colleagues and his scientific progeny. His scientific curiosity, his enthusiasm, his encyclopedic knowledge, and his honest delight in well-performed science was an example for a whole cohort of neuroscientists. Invariably, the numerous Ph.D. students, postdoctoral fellows, guests and collaborators speak fondly of their time in Uwe’s laboratory, and the lifelong relationships that followed. Many of us in the field owe him much, both personally and professionally.

He will be missed by many. Uwe is survived by his wife Marianne, his daughter Daniela and his grandson Joel. Our thoughts are with them.