Society for Neuroscience - Roland A. Giolli 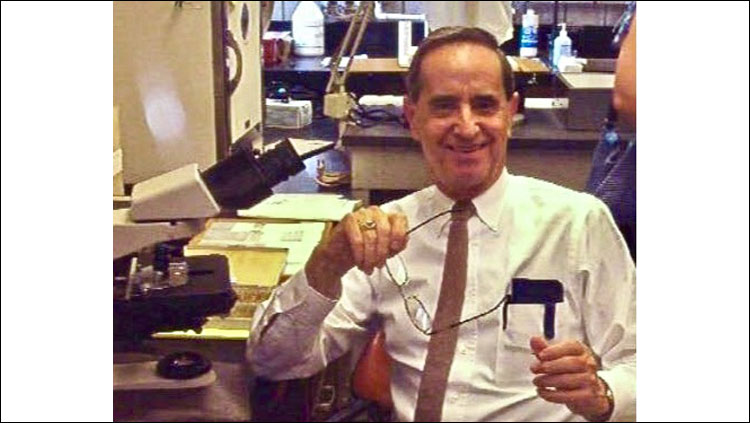 Professor Emeritus Roland A. Giolli, PhD, a long time faculty member in the Department of Anatomy & Neurobiology, passed away June 11, 2019. We wanted to take a moment to share a memoriam written by Professor Richard Robertson, PhD, to recognize Professor Giolli’s accomplishments and remember him for the exemplary man he was.

Roland A. Giolli, PhD, was born in San Vito, Italy, in 1934.  His family emigrated to the United States in the late 1930s, to avoid the emerging political upheaval in Italy.  After settling in the Chicago area for several years, the family moved to northern California where Professor Giolli completed his secondary education.

Professor Giolli had a long association with the University of California, earning his baccalaureate degree from UC Davis in 1956 and a PhD in Anatomy from UC Berkeley in 1960.  He gained postdoctoral research experience at the UC Berkeley School of Optometry followed by work at the UCLA Brain Research Institute and Department of Anatomy.

The (then) California College of Medicine offered Professor Giolli his first academic position as assistant professor of anatomy in 1964.  When the College was acquired by the newly formed University of California, Irvine, Professor Giolli joined selected other faculty members in relocating to Irvine, where he rose through the ranks to become professor and stayed until the time of his retirement in 2008.  At 44 years, Professor Giolli was one of UCI’s longest affiliated professors.

During the course of his career, Professor Giolli became an accomplished neurobiologist.  His internationally recognized research focused on the anatomical circuitry of the accessory optic system of the mammalian brain, neural circuits that control volitional and reflexive eye movements.  He published his scientific work in leading neuroanatomical journals.  Over the years, Professor Giolli’s work was supported by multiple grants from the National Science Foundation and the National Institutes of Health, along with grants from private foundations.  In 1982, he was awarded the prestigious von Humboldt Senior Scientist Award to study at the Max-Planck Institute in Munich, Germany.

In addition to his research, Professor Giolli’s teaching duties were extensive.  At varied times, he taught each of the anatomy courses in the medical curriculum, along with seminars in the graduate curriculum.  He was noted for the meticulous drawings he used to illustrate his lectures as well as his detailed anatomical expertise.  He was the recipient of multiple teaching awards including the Silver Beaker and the Kaiser-Permanente Awards for outstanding teaching to medical students, and he received multiple awards of appreciation from the UCI Chicano Medical Students Association.

Friends, colleagues and students will remember Professor Giolli for his warm sense of humor, always showing up for work in his white shirt and tie, his talent as a pianist, and his sometimes frustrating desire to pack his lectures and reviews with an abundance of information.

Surviving Giolli are his wife, Pastora (Pas), his two daughters Andrea and Karen, his son Mark, and their mother, Thelma, and approximately 4,000 medical students who received training in anatomy from Professor Roland Giolli.

Professor Giolli lived well and will be missed.