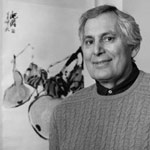 Marcus Jacobson, a prominent scholar of developmental neurobiology, died of cancer at his home in Torrey, Utah in November, 2001; he was 71.

Jacobson was born in South Africa and finished medical training at the University of Cape Town. He then completed graduate study at Edinburgh University, receiving a Ph.D. in 1960 for a dissertation concerning specificity of synaptic connections in the Xenopus retinotectal system. Over the next two decades, Jacobson exploited the experimental opportunities provided by this preparation to become one of the best-known researchers of nervous system development, first at Purdue University then at Johns Hopkins University and the University of Miami (1). In 1977, Jacobson moved to the University of Utah to become chairman of the Department of Neurobiology & Anatomy; he expanded the department and refocused its research on developmental neurobiology, a field in which it maintains a strong reputation. Shortly after moving to Utah, Jacobson began using single-cell injection techniques and lineage tracing in Xenopus to study early patterning of the nervous system (2).

In 1970, Jacobson published Developmental Neurobiology (3), a landmark book that critically summarized the status of the core topics in the emerging field that thereafter became known as developmental neurobiology. In two subsequent editions of this leading reference text (published by Plenum Press in 1977 and 1991), Jacobson enlarged the book substantially to maintain comprehensive coverage of a field that was growing rapidly. Throughout his career, Jacobson showed a strong interest in the history of neuroscience and embryology. His deep understanding of the history of the field was integral to all of his scientific publications but became more explicit and extensive in the third edition of Developmental Neurobiology and in his Foundations of Neuroscience (4), a consideration of historical, epistemological and ethical aspects of neuroscience research.

Jacobson was a man of formidable energy and intellect who was adept at provoking his colleagues to think deeply about the ideas underlying their work. Although he readily adopted new methods into his own research program, he warned against a preoccupation with techniques and observations at the expense of hypotheses and models (4). Jacobson was a connoisseur and collector of Chinese art and he amassed an important collection of modern Chinese paintings that, along with his large collection of rare books on the history of embryology and neuroscience, has been donated to the University of Utah. He is survived by his wife and three adult children.