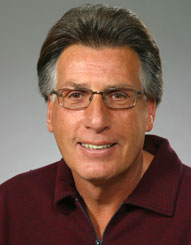 Larry Platon Kokkinidis, professor of psychology at the University of Canterbury, New Zealand, died on Sept. 2 following a courageous 20-month battle with cancer.

Kokkinidis had a high international profile in psychopharmacology and behavioral neuroscience, and was particularly well-known for his work on the neurobiology and pharmacology of fear, using the potentiated startle reflex as a behavioral model. He authored or co-authored over 70 publications, and was working on several more manuscripts at the time of his death. One of Kokkinidis' more significant achievements was the identification of dopamine-operated processes in the amygdala involved in fear and fear conditioning.

Kokkinidis was also an inspiring and extremely popular teacher at both graduate and undergraduate levels. He was especially devoted to the academic development and welfare of his masters and PhD research students. In addition to his impressive intellectual qualities, Kokkinidis was renowned for great kindness, genuine and lasting friendships and an infectious sense of humour. He is survived by his wife Joanne, and two adult sons, Nick and Curtis.

I worked with Larry Kokkindis while I was a PhD student at the University of Saskatchewan. Larry and I published like fiends for two years. I continued to publish with Larry when I was tenured at Carleton. I loved Larry like a brother. I cried when Larry died. He did not want me to know he was that sick. He knew that I lost my mother to ovarian cancer before Graduate school. When I e-mailed Larry before he died, he never said a word. That is the Larry Kokkinidis that I knew and loved. -Robert M. Zacharko

I was saddened to tears when colleague of mine told me of Larry's passing. He was one of a kind. Its been a couple of years now and I get choked up just thinking about it. God bless... -Dr. Jerry Davies