Society for Neuroscience - John A. Harvey 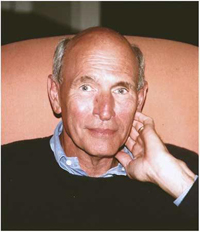 John A. Harvey died on 25 June 2011, at the age of 80. He was born in New York City, but was raised in Siberia by his grandparents during the first decade of his life. John completed his BA in 1955, received his PhD from the prestigious doctoral program in Biopsychology in 1959, and began his long and celebrated career as a faculty member, all at the University of Chicago. He moved to The University of Iowa in 1968 to become Professor in the Departments of Psychology and Pharmacology and in 1988 moved to Philadelphia, where he was Professor of Pharmacology at the Medical College of Pennsylvania and later Chairman of Pharmacology and Physiology at Drexel University College of Medicine until 2008.

John's research career is highlighted by a broad range of seminal contributions to neuroscience and by his role in developing the field of behavioral pharmacology. In his earliest years at Chicago, he laid the foundation for decades of investigations by seeking to explain how brain neurotransmitters governed behavior and behavioral responses to drugs. At the outset, he established that monoaminergic projections were organized into long-running fiber tracts from the brainstem to the prefrontal cortex that could be selectively destroyed to determine behavioral function. Once the projection was damaged, he showed that behavioral deficits, such as depression, could be reversed by restoring depleted neurotransmitters in the neocortex or stimulating denervated receptors with drugs. Using a model of increased pain sensitivity associated with serotonin depletion, he showed that the precursor 5-HTP could replenish 5-HT to reverse hyperalgesia. He championed the transformative idea that medications used to treat psychiatric disorders produced their effects by augmenting the functions of monoaminergic pathways. Subsequently, he established that fenfluramine and the amphetamines were neurotoxic to 5-HT neurons, initiating investigations that continue today in the substance-abuse field. He was among the first to recognize a relationship between brain lesions that destroyed dopamine fibers and deficits in feeding and other motivated behaviors. Also seminal for modern neuroscience was his role in the late 1960s in establishing the use of living brain slices for in vitro studies of synaptic pharmacology and physiology using the lateral olfactory tract as a model system.

As a lifelong student of the Russian physiologist Ivan Pavlov, John used Pavlovian conditioning of the rabbit nictitating membrane response for the past 25 years to understand how drugs influence learning. John identified underlying neural circuitry in the rabbit brainstem required for associative learning and then established how drugs modulated different components of that circuitry. His research established unequivocally that hallucinogenic drugs enhanced learning by activating 5-HT2 receptors, and established key roles for those receptors in learning and cognition. At the Medical College of Pennsylvania, he established a NIDA program project that used Pavlovian conditioning to quantify the negative impact of prenatal exposure to cocaine on brain development, and his laboratory’s support from NIMH ran uninterrupted for nearly 50 years. John devoted recent decades to examining the role of the olivocerebellar system and prefrontal cortex in associative learning, while advocating for the idea that Pavlovian conditioning could be used to establish biomarkers for developmental disorders such as autism.

John published over 150 peer-reviewed articles, reviews and book chapters, and his research contributions were recognized by numerous awards. His career achievements in serotonin research were honored by the Irvine H Page Award at the 2006 international meeting of the Serotonin Club. As a member of many professional societies in pharmacology and neuroscience, he contributed a lifetime of service to the scientific community. Elected a member of the ACNP in 1979 and a Fellow in 1991, he served actively on the Committee on the Use of Animals. He was especially proud of serving the Journal of Pharmacology and Experimental Therapeutics as specific field editor and then editor-in-chief. He was a member of the editorial boards for more than 10 journals.

John was widely known and respected for his humor, collegiality, generosity, and intelligence, and was considered by many to be the paramount gentleman. He was a strong advocate for students at all levels. He trained many graduate students and postdoctoral fellows, many of whom developed their own productive and influential careers in academic medicine. John was the beloved husband to Dr Rhoda Harvey, and father to sons Dr Michael Harvey (wife Pilar), Andrew (wife Sonya), and his eldest son, David, who predeceased him. He was also a loving grandfather to Oliver and Davia who brought him the greatest joy and pride. With his passing, many who are reading this commentary on John's life and contributions lost a cherished friend and dear colleague.