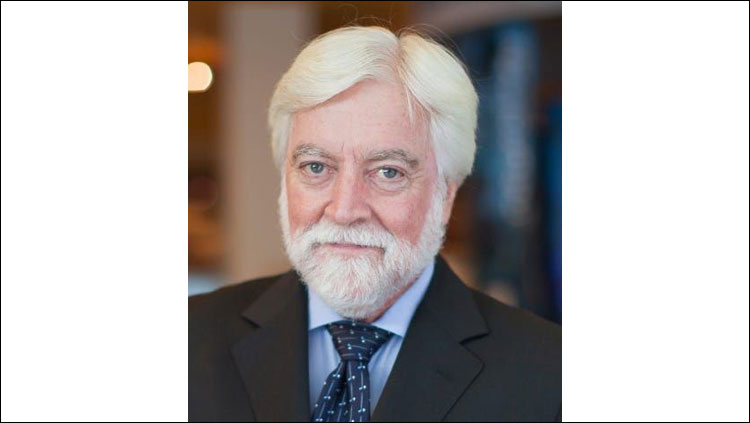 Einstein College of Medicine in New York City attributed his death to complications associated with COVID-19. He was 73.

A pioneer in his field, Goodrich developed a special method to separate twins conjoined at the skull — employing a multi-stage approach to complete the delicate work.

"Every neurosurgeon in America, maybe around the world, knew who Jim Goodrich is," said Dr. Jeffrey Oppenheim, a neurosurgeon and chair of the Rockland County Board of Health.

In 2004, Goodrich made international headlines when he successfully separated twins Carl and Clarence Aguirre, who had come with their mother from the Philippines seeking help. The 17-hour surgery demanded a 16-member surgical team.

The surgery took months to plan, with multiple surgical steps taken before the final marathon surgery to separate the boys, who were fused at the top of their heads. Still, there was a surprise: a two-square-inch section of brain that was fused instead of being separated by a plane, as doctors had expected.

The on-the-fly solution was up to Goodrich. He patiently studied the tangle, turning the anesthetized boys as he examined the challenge. Then Goodrich found a way. A colleague after the operation called Goodrich's approach "elegant."

In 2016, Goodrich was part of the team that separated Jadon and Anias McDonald, a procedure that took 27 hours.

Goodrich had consulted on hundreds of such cases worldwide.

Goodrich connected with his young patients, and had developed a dear relationship with the Aguirre boys. For their second birthday in April 2003, the neurosurgeon baked each a chocolate cake.

"We were profoundly saddened to learn of Dr. Goodrich’s passing," said Larry Levine, president and CEO of Blythedale Children's Hospital, where the Aguirre twins received post-surgery rehabilitation. "Jim served on our medical staff for more than 30 years, and treated children with incredibly complex medical needs."

Equally important to Goodrich's surgical skills, Levine said, was his bedside manner. "He was a brilliant surgeon, a dedicated teacher and a source of tremendous comfort to parents navigating uncharted territory."

"I am devastated, sad and very angry," she wrote. "We lost the greatest person in our lives because of the damn virus."

Clarence and Carl are now 17.

Their mother addressed Goodrich in her Facebook post: "I’m grateful and thankful for everything you’ve done to us especially for the boys Carl and Clarence. You gave me a greatest gift of seeing my boys separated and giving them a whole new lives. We will never forget you and you will always be part of our lives."

Goodrich's fame in the medical community went beyond his surgical prowess. Goodrich was an expert on medical history and had an impressive collection of rare medical books.

"He was truly a Renaissance man," Oppenheim said.

Oppenheim called the loss of Goodrich from COVID-19 painful.

"It gives you the sense of the human cost of what's coming because this disease," Oppenheim said.

Goodrich served as director of the Division of Pediatric Neurosurgery at Montefiore and was a professor of neurological surgery in pediatric, plastic and reconstructive surgery at Einstein, a top medical school and research institution.

A veteran of the U.S. Marines, Goodrich served in the Vietnam War.

He is survived by his wife and three sisters, Montefiore said.