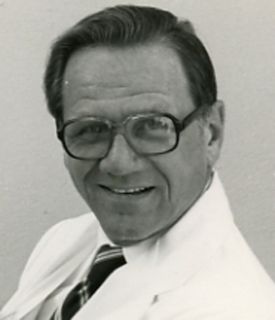 Frederick Alexander King of Atlanta died May 19 after a period of declining health.

Dr. Frederick King was intimately aware of the medical struggles of third-world countries. As a young man, he practiced medicine in a remote region of Guatemala where he was the only doctor for 200 miles in all directions. “They needed help with everything: teeth pulled, babies delivered, tropical parasites removed, malaria treated,” said his wife, Sally Wolff King. “He treated their malaria and his own at the same time.”

When King returned to the United States, he immersed himself in the study of medical issues facing people in the tropics and underdeveloped countries. That research is part of what attracted him to the Yerkes Regional Primate Research Center at Emory University in the ’70s.

King served as director of the primate center from 1978 until 1994, and helped bring the center to national prominence, an Emory spokesman said.

King knew his work at Yerkes would draw protests from animal rights activists, but what the protesters didn’t know was that he, too, fought for the humane treatment of the animals, said Elizabeth “Lizzie” King of Athens, his daughter from his first marriage. He was able to “balance both animal welfare and what he perceived as the very important need to develop better human health and medicine,” she said.

King’s commitment to the well-being of animals was on display in 1985 when he agreed to lend the then-struggling Atlanta Zoo 13 breeding gorillas if the zoo built them a suitable natural habitat.

His daughter said King believed the research he did had far-reaching effects and could one day change approaches to human health around the globe.

In addition to his experiences in Guatemala motivating him, his mother’s death from an undiagnosed brain tumor encouraged him to explore neuroscience, his wife said.

“His keen interest in behavior, motivation and emotion led him to consider various approaches to brain research,” she said. “That work led him to co-found the first accredited medical school neuroscience department in the country at the University of Florida School of Medicine.”

While he was the director of Yerkes, King also served as a professor of neuroscience at the primate center; professor of anatomy and cell biology and associate dean of the Emory University School of Medicine; and as an adjunct professor in the university’s psychology department.

“King’s goals as director were to make the research center an integral part of the sciences at Emory and a premier research center in the United States,” current Yerkes director Stuart Zola said in a prepared statement. “I am appreciative of his vision and his dedication to research with animals as well as the expert care of them, all of which helped shape the Yerkes National Primate Research Center of today. Science has lost a great supporter of improving human and animal health.”

King was an active member of the Society for Neuroscience, having served as one of the first chairs of the Education Committee, as well as several other committees during the course of his career.

In addition to his wife and daughter, King is survived by a son from his previous marriage, Alexander K. King of Tarpon Springs, Florida.