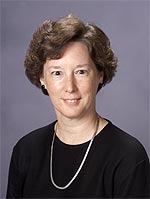 Helke obtained a PhD in pharmacology from Georgetown University in Washington, D.C., in 1978, receiving an award for her outstanding dissertation research on central serotonergic neurons and autonomic function. Her research at Georgetown laid the foundation for her lifelong interest in understanding the structure and function of the autonomic nervous system and its regulation by the central nervous system. She was offered a prestigious PRAT Fellowship for post-doctoral training at the National Institute of Mental Health, where she spent two years in the laboratory of Dr. David Jacobowitz.

Lew Aronow recruited Helke from NIMH to the Department of Pharmacology in the recently established Uniformed Services University (USU) in 1979, where she rose through the ranks to Professor, playing a major role in developing the teaching programs at USU. Her lectures to medical students were regularly recognized with awards for excellence in teaching. She also quickly established a highly productive research laboratory that received continuous funding from NIH over a 22-year period. During this period, she and her coworkers worked extensively on the co-localization of neuropeptides and classical neurotransmitters in autonomic neurons, emphasizing specifically the nodose and petrosal ganglia. Graduate students and post-doctoral fellows from many countries were expertly trained by Helke; each emerged from the Helke laboratory with a very strong grounding in neuroscience and pharmacology.

Helke played an important role in the development of graduate education at USU. In 1993, she took over the directorship of the graduate program in neuroscience, transforming the program into a model for all interdisciplinary graduate programs in medical schools of this size. She was very successful in expanding the recruitment of students to the program, and in increasing institutional financial support. Her success with the neuroscience program led to her appointment as Associate Dean for Graduate Education in 2001. The graduate programs flourished under her highly professional leadership, and she pushed vigorously for enhanced support for minorities and women. Her distinguished career in graduate education led to her being awarded the Carol Johns Award, the highest award based on teaching excellence at USU.

Helke was an active and involved member of the Society for Neuroscience and the American Society for Pharmacology and Experimental Therapeutics (ASPET), serving as the Secretary/Treasurer of ASPET at the time of her death. Both the USU and the larger communities of pharmacology and neuroscience have sustained a significant loss with her untimely death. All will miss her sage advice and counsel.