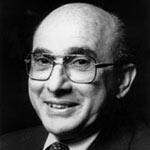 BERKELEY-Arnold L. Leiman, a leader in undergraduate education, a legendary teacher and a professor of psychology for three decades at the University of California, Berkeley, died in his sleep Wednesday morning (Jan. 5) at his home in Berkeley. He was 67.

Leiman was treasured as a kind and caring professor, inspiring both undergraduate and graduate students with a love of science. He also was widely known on campus for his many top level administrative roles, which focused on innovations in undergraduate education.

In the early 1990s, as special assistant to the vice chancellor for undergraduate education, Leiman inaugurated the popular Freshmen Seminar program, which is taught by top-ranked professors. He also was chair of Berkeley's Academic Senate (1990-91), chair of the University of California's system-wide Academic Council (1995-96), and faculty representative to the UC Board of Regents (1994-96). Leiman won the campus's Distinguished Teaching Award in 1990 and the Berkeley Citation in 1999. Most recently, Leiman was director of UC Berkeley's Center for Studies in Higher Education.

"Arnie Leiman was simply a great faculty member and leader of the campus," said UC Berkeley Chancellor Robert Berdahl. "Everyone who knew him here will miss his leadership, his good sense, and his warm human spirit. I personally will miss his good advice."

Born July 5, 1932, in the Bronx and raised a New Yorker, Leiman earned his BA from Antioch College in 1954 and his doctorate in 1963 from the University of Rochester, where he studied at the Center for Brain Research. Hired at UC Berkeley in 1964, he was a professor here for 36 years. Leiman's early research on the growth of neurons contributed to knowledge of the development of the nervous system, but it was his ability to put everything together, evoking a sweeping panorama of the biological underpinnings of normal psychology and dysfunction, sleeping and dreaming, memory and motor ability, that marked his academic career.

He had a reputation on campus as an inspired teacher. The year he won the Distinguished Teaching Award, Leiman wrote this: "Somewhere in education there has to be excitement, intrigue, vitality, and a sprinkle of magic. A part of what I do best is to weave through mountains of findings to find the story that promotes an understanding of the working of the brain." "Students loved his courses," said Marc Breedlove, UC Berkeley professor of psychology. "Arnie had an encyclopedic knowledge of psychology and the nervous system. He seemed to remember everything he ever read, and he loved learning it."

"I will miss his great sense of humor, his fast, sharp wit," said Breedlove, who was a co-author with Leiman and Mark Rosenzweig of the widely-used textbook, "Biological Psychology."

Leiman's text, first published under the title "Physiological Psychology" with co-author Rosenzweig in 1982, has been printed in four editions and is used at 200 institutions through the country.

In the Department of Psychology, Leiman helped establish studies on campus in human neuropsychology, developing the first course and working toward a doctoral program in that area. He also supervised numerous graduate students in the field of biological psychology.

Leiman is survived by his wife, Lannon Leiman of Berkeley; their two children, Timothy Leiman of Chicago and Jessica Leiman, a PhD candidate in English at Yale University; a brother, Melvin Leiman, who lives in France; and two sisters, Carole Abel of New York City and Marlene Koslan of Florida. A campus memorial service was on February 4, 2000. The family requests that donations in Leiman's memory be sent to the Arnold L. Leiman Memorial Fund, UC Foundation, 2440 Bancroft Way #4200, University of California, Berkeley, CA 94720-4200.