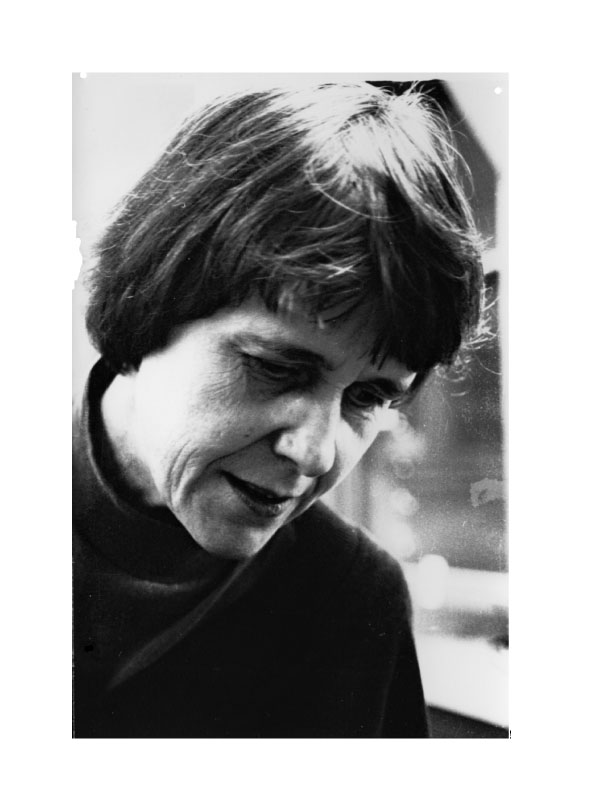 Anne Morel was a prominent neuroscientist who in her early career contributed greatly to our present understanding of the organization of the auditory, visual, and motor systems in cats and non-human primates. The majority of her later career was devoted to clinical research with the aim of improving therapeutic neurosurgical approaches to alleviating chronic human suffering due to disorders of brain functions like Parkinson’s disease or neurogenic pain. She began her career as a neurophysiologist, but soon also became an expert neuroanatomist. Her career began in the University of Lausanne, Switzerland with following periods at the University of Kansas Medical Center in Kansas City, Kansas, INSERM in Bron, France, Vanderbilt University in Nashville, Tennessee, University of Fribourg in Fribourg, Switzerland, and University Hospital in Zurich, Switzerland where she spent the majority of her career. Her colleagues, students, and friends remember Anne as an intelligent, dedicated, gregarious, generous, kind, respectful and helpful person fond of travel, her cat, and organizing social events often centered around interesting conversation, good food and fine wine. She was loved by all who knew her and will be fondly remembered. Anne was born on January 26, 1947 in Lausanne, Switzerland, the daughter of Elisabeth Marguerite Morel (Berthoud) and Jean Albert Morel. She passed away in Zurich, Switzerland on August 22, 2016 after suffering a three month battle with cancer. She is survived by two brothers, Jacques Morel and François Morel and their families.

The chronology of her scientific career follows: 1971 or 1972 Licence (approximately equivalent to bachelor’s and master’s degrees) in Biology, University of Lausanne, Switzerland. 1980 Ph.D. Institute of Physiology in the Medical School of the University of Lausanne, under the direction of Prof. François de Ribaupierre. She was a member of a research team that included Yves de Ribaupierre and Eric M. Rouiller. 1981-1986 Research Associate, Research Assistant Professor, Physiology, University of Kansas Medical Center, Kansas City, Laboratory of Tom Imig. Studies of the tonotopic organization of the medial geniculate body of the cat and its connections with auditory cortex. 1986 1988 Researcher at INSERM in Bron, France (Lyon region), laboratory of Jean Bullier. Studies of cortical connections of the visual system in macaque monkeys in collaboration with Henry Kennedy and Christine Baleydier. 1988-1991 Research Associate Professor, Dept. of Psychology, Vanderbilt University. Laboratory of Jon Kaas, Investigation of the functional and anatomical organization of the auditory system in owl and macaque monkeys. With Jean Bullier and Jeff Schall she also described the topography of connectivity of extrastriate visual areas in the frontal lob. 1991 - 2013 Neuroanatomist, Dept. of Functional Neurosurgery, Neurosurgical Clinic, University Hospital Zürich. In research with Daniel Jeanmonod, Michel Magnin, Gabor Szekely, and other neurosurgeons, Anne used her neuroanatomical expertise to develop a human neuroanatomical atlas of the thalamus and basal ganglia that guided neurosurgical treatments of chronic therapy-resistant functional brain disorders. In addition, she applied the tract-tracing Nauta technique to the brain of a deceased patient who suffered from dystonia. 2000 While living in Zurich Anne reactivated a regular and intense scientific collaboration with Eric Rouiller, a fellow PhD student with her at the University of Lausanne, and colleagues at the University of Fribourg (Switzerland), to investigate in non-human primates the connections between the motor thalamus and motor cortex. 2013 Anne retired with plans for travel and enjoyment of her remaining years. Nevertheless, she also remained true to neuroscience research and participated in a new venture investigating the geometric relation of thalamic nuclei with thalamocortical connections as can be determined in vivo by MR diffusion tensor imaging. Her research publications have been highly cited and have provided the foundation for important developments in basic and translational research as well as neurosurgical care. Her scientific legacy is assured.