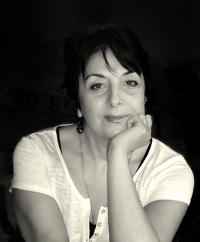 Rousoudan Bourtchouladze, who passed away on August 6, 2011 in New York City, played an important role in catalyzing an important change in neuroscience. Rusiko, as she was known to her friends, was born in 1948 in Tbilisi, Georgia. She graduated from Tbilisi State University with a Physiology major in 1977. In 1984 she received her PhD in Physiology and Behavioral Neuroscience from the Anokhin Institute of Normal Physiology, in Moscow, Russia. Following her PhD, she became a Senior Staff Investigator in the Beritashvili Institute of Physiology in Tbilisi. It was there that her life-long love affair with memory research started.

Rusiko realized early on in her career that integrated molecular, electrophysiological, and behavioral studies were key to neuroscience. Rusiko’s first paper in 1982 combined pharmacological-endorphin tools, hypothalamic electrophysiology, and behavioral analysis in rabbits to implicate this peptide in emotional responses triggered by hypothalamic stimulation. Over the next 10 years she would publish a series of elegant papers that used this multidisciplinary approach to probe the function of neuropeptides and hormones on hypothalamic control of behavior. Her work was recognized internationally and she won a series of fellowships and awards from the Netherlands Academy of Sciences, European Science Foundation, Royal Society and Wellcome Trust.

Between 1989 and 1992, she made extended visits to research groups in Western Europe, most notably Steven Rose’s laboratory at the Open University in the UK. There, she carried out influential studies on the role of kinases, including kinase C on memory. In 1992 she joined Alcino J Silva’s group in Cold Spring Harbor Laboratory as a visiting scientist. In the years that followed both in the Silva laboratory and then in Eric Kandel’s laboratory at Columbia University, she carried out a series of studies that had a critical role in the emergence of molecular and cellular cognition as a new field in neuroscience. Now, this field has its own society with more than 4000 members and regular meetings in America, Europe, and Asia.

Rusiko’s pioneering studies showed that the transcription factor CREB is critical for long-, but not for short-, term memory. Similarly, the late, but not the early, phases of long-term potentiation (LTP) were affected in the CREB mutant mice. These results were seminal for several reasons. The specificity of the behavioral and electrophysiological findings allayed concerns that the memory deficits observed in mutant mice could not be narrowed down to memory itself and may be caused instead by general behavioral abnormalities. Rusiko’s 1994 Cell paper reporting these findings is one of the most highly sited papers in learning and memory. To follow up the CREB results, Rusiko teamed up with Ted Abel in the Kandel Laboratory. There, she showed that animals with a transgene that disrupted the function of a kinase that activates CREB (protein kinase A or PKA) also showed late-LTP and long-term memory deficits, although early-LTP and short-term memory were unaffected. This was the first convergent and compelling series of studies that implicated a signaling pathway in mammalian long-term plasticity and long-term memory. It was an elegant illustration of the power of integrating molecular mechanisms (in this case, transcriptional activation), cellular physiology (late phases of LTP), and specific memory processes (long-, but not, short-term memory). It is difficult to underestimate the importance and impact of these studies: they were extensively covered in the press, and they catalyzed the rapid expansion of the field of molecular and cellular cognition. There are now many hundreds of published studies similar to the ones that Rusiko carried out, and PKA/CREB signaling is one of the most extensively explored mechanisms of memory.

Rusiko continued to work on the role of the PKA/CREB pathway in learning and memory and next accepted a leadership position in a biotech company built around her findings with PKA and CREB. She became entranced by the idea of finding small molecules that could be used to boost CREB activation and hopefully memory performance in patients with cognitive problems. She also took the time to write a book for the general public on molecular mechanisms of memory (Memories Are Made of This). It is a personal and engaging account of some of the very roads she took in her life-long quest for molecular and cellular mechanisms of memory. Rusiko was a creative, resourceful, and brilliant scientist, and she had a big heart. Science will never forget her contributions and her friends will always remember the big personality, incredible generosity and passion of the woman behind the experiments that left a deep mark in neuroscience.