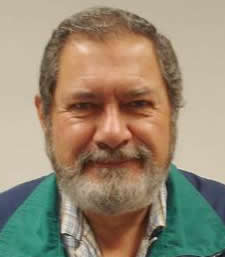 Leon F. Cintra McGlone was born in Mexico City in April, 1947. He studied biology in the Faculty of Sciences of the UNAM and carried out his master’s and doctoral studies in the same faculty.

Dr. Cintra began his research career in 1970 in the UNAM Institute of Biomedical Investigations, first as a graduate student and later as a research scientist. He was awarded a fellowship from the NIH Fogarty International Center for Advanced Study in the Health Sciences to carry out postdoctoral studies at the Worcester Foundation for Experimental Biology in Shrewsbury, Mass., from October 1978 to February 1981.

Upon his return to Mexico, he joined the Institute of Biomedical Investigations as an independent research scientist; in this same institute he served as Technical Advisor and representative of the investigators to the University Council of the UNAM. Dr. Cintra was one of the founding members of the UNAM Center of Neurobiology, located since 1996 at the Juriquilla Campus in Queretaro. At the time of his death, he was a full professor of what has now become the Institute of Neurobiology, in charge of the laboratory for EEG and chronobiology.

His research focused on the study of the impact of protein malnutrition on the development of the central nervous system. In mammals, this kind of malnutrition alters several homeostatic and circadian functions that exhibit neural plasticity such as the sleep-wake cycle, locomotor activity, water intake, and brain temperature as well as some cognitive and behavioral processes. Prenatal or chronic malnutrition affects the sleep recovery mechanism after total or selective sleep deprivation, altering its quantitative, qualitative and circadian characteristics.

Using spectral analysis of brain electrical activity, his work showed that malnutrition alters those frequencies implicated in the theta rhythm generated in the hippocampal formation. Since the hippocampal formation is associated with REM sleep generation and with learning and memory processes, these results suggest that cognitive and behavioral functions associated with this brain area may be altered after malnutrition. His group also demonstrated that several circadian rhythms (locomotor activity, temperature and water intake) are out-of-phase or affected by malnutrition, implying alterations in the suprachiasmatic nucleus.

Dr. Cintra had been a member of SNI since 1985, most recently at level II, and was recognized by the UNAM with the Medal and Diploma for 30 years of academic service and by the Universidad del Valle de Mexico, Campus Queretaro, as Ex Officio Professor. He had been the representative of the Center of Neurobiology to the Academic Council for the Area of Biology and Health (CAAByS), Head of the Department of Neurobiology of Development and Neurophysiology, and a member of both the Academic Council and of the Animal Facility Committee of the Institute. Dr. Cintra was also serving on the editorial staff of prestigious national and international journals, as editor of the journal Nutritional Neuroscience, project reviewer for CONACyT, and was carrying out significant scientific outreach both within the UNAM and in the State of Queretaro.

His research has been recognized internationally, as reflected by numerous conferences in which he participated in the United States, the Bahamas, France, India, Spain, Brazil, Guatamala, and Chile. He was the president of the Mexico City Chapter of the Society of Neuroscience. In this role he promoted the recognition of Mexican science at international venues, and the establishment of the student housing program. He was also instrumental in promoting the Ricardo Miledi Neuroscience Training course, and the promotion of the Brain Awareness Week in Mexico, and particularly at the Institute of Neurobiology.