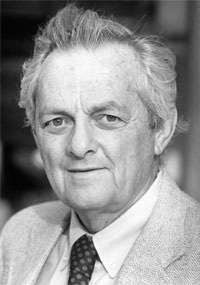 Abram Amsel was born in Montréal, Québec, December 4, 1 922, the son of Aaron and Annie Levitt Amsel. He received his higher education in Canada (BA, Queen's University, 1 944; MA, McGill University, 1 946), and at the University of Iowa (PhD, 1 948). At McGill, he worked under the direction of Robert Malmo; at Iowa, under Kenneth W. Spence. He became a naturalized citizen of the United States in 1957.

Amsel's first academic position (1948-1960) was at Newcomb College, Tulane University, where he rose from assistant professor to professor of psychology. He joined the psychology faculty of the University of Toronto as professor in 1 960, at a time when that department was undergoing a significant expansion in experimental psychology. Along with Endel Tulving, Daniel Berlyne, George Mandler, and others, Amsel helped guide the Toronto department to a new level of prominence on the international scene. In 1969, he joined the psychology faculty at the University of Texas, Austin, where he remained until his retirement in 1999.

He was elected to membership in the Society of Experimental Psychologists (1965), which, in 1980, awarded him the Howard Crosby Warren Medal for Outstanding Research. In 1992, he was elected to the National Academy of Sciences. He was also a Fellow of the American Association for the Advancement of Science and of the American Psychological Society, and he held memberships in the Society for Neuroscience, the International Society for Developmental Psychology, the International Brain Research Organization, and the Pavlovian Society.

Amsel served on the Governing Board of the Psychonomic Society (1973-1978). In 1992, he was selected as the University of Iowa's Distinguished Graduate, and in 1994 as a Distinguished Graduate of McGill University's Department of Psychiatry. In addition to his editorial positions for journals of the Psychonomic Society noted above, he served as consulting editor for the Journal of Experimen Tal Psychology (1964-1969) and as a member of the Editorial Board of the International Journal of Psychophysiology (1982-1988).

He is also survived by a large number of undergraduate and graduate students who experienced his dedicated approach in the classroom and the laboratory, and who learned much from his expertise in experimental design, research methods, and theoretical analysis. They also benefited from his skillful editorial pen, with which he helped them improve numerous drafts of manuscripts and theses during his 50 years in the laboratory. Finally, they learned the importance of perspective and accuracy in portraying the history of a field.