Jeffrey Noebels directs the developmental neurogenetics laboratory at the Baylor College of Medicine and is an international leader in epilepsy research. He started as a psychology major at Reed College and promptly fell in love with the brain. He chose to work in an epilepsy lab at Stanford University during graduate school because he wanted to record intracellularly from neurons in cortical circuits. After completing a postdoctoral fellowship at Harvard, he received his MD from the Yale School of Medicine, trained in neurology at Massachusetts General Hospital, and started his own lab to study naturally occurring epilepsies using single gene mutations in the mouse. 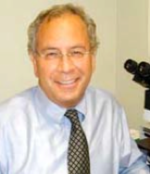 Jeffrey Noebels is professor in the departments of neurology, neuroscience, and molecular and human genetics at the Baylor College of Medicine. He holds the Endowed Chair of the Cullen Trust for Health Care and is director of the Blue Bird Circle Developmental Neurogenetics Laboratory, an international leader in epilepsy research. He received a PhD in neurological science from Stanford University and trained in neurogenetics as a William G. Lennox Postdoctoral Fellow at Harvard Medical School. After receiving his MD from the Yale School of Medicine, he returned to genetic research as a Klingenstein Fellow at Children's Hospital in Boston, and completed his neurology training at Massachusetts General Hospital. Noebels pioneered the genetic approach to basic epilepsy research using single gene mutations in the mouse, and his laboratory has now defined more than 25 genes linked to various seizure disorders. His research now includes work on ion channel gene expression in human brain tissue.