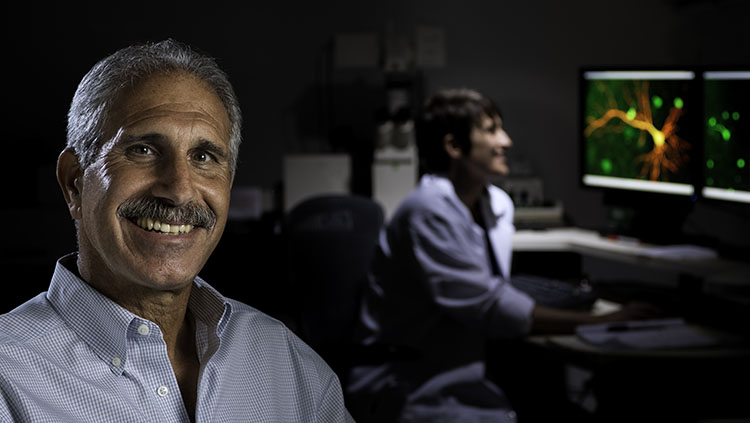 WASHINGTON, D.C. — SfN member Robert C. Malenka, MD, PhD, Pritzker Professor of Psychiatry and Behavioural Sciences, Stanford University has been awarded the 2022 Peter Seeburg Integrative Neuroscience Prize for his ground-breaking research in identifying the mechanically distinct forms of synaptic plasticity present in the human brain. His work has helped to distinctly separate the steps which lead to the varying forms of synaptic plasticity, while also identifying the proteins which contribute to the altering of synaptic efficacy over time. Recently, Malenka isolated a novel form of synaptic plasticity in the nucleus accumbens, the part of the brain associated with reward pathways.

Malenka served on the SfN Council from 2006–2010. He has been the recipient of numerous awards including the Pasarow Foundation Award for Extraordinary Accomplishment in Neuropsychiatry Research (2011) and the SfN Julius Axelrod Prize (2016). His papers have been cited more than 100,000 times and have provided foundational knowledge about the mechanisms of synaptic plasticity and modulation in the mammalian brain. His laboratory continues to conduct research on the synaptic and circuit mechanisms that mediate motivated behaviours of relevance to a range of brain disorders including addiction, autism, and depression.

The Prize, named after the German neuroscientist Peter H. Seeburg, a pioneer in molecular neurobiology, was founded to recognise outstanding advances in the understanding of executive brain functions and cognitive processes. While the ultimate goal is to understand how the brain works as a whole, Dr. Seeburg appreciated that complex questions often must be broken down in order to become accessible to experimental scrutiny. The Prize recognizes those who continue his legacy by successfully embedding molecular and cellular events in a circuit and systems context to make significant advances in explaining cognitive and behavioural processes such as emotion, learning, memory, attention, and decision-making.

The Peter Seeburg Integrative Neuroscience Prize is endowed by the Schaller-Nikolich Foundation.

The Society for Neuroscience (SfN) is an organization of nearly 36,000 basic scientists and clinicians who study the brain and the nervous system.