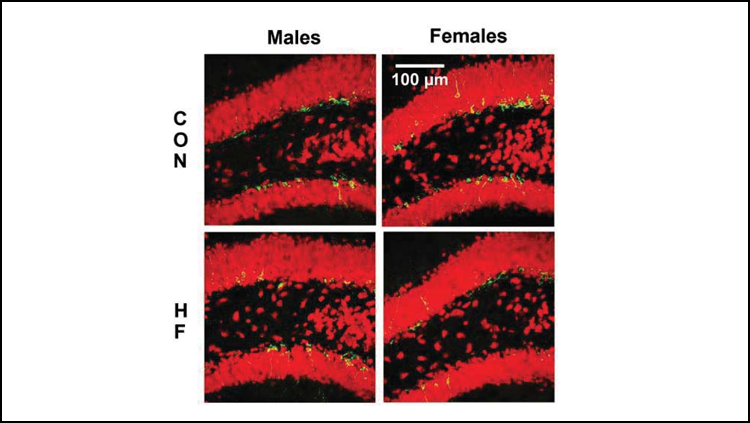 A high fat diet limits the birth and growth of new neurons in adult female, but not male, mice, according to new research published in eNeuro. Further research could inspire metabolism-based preventions and treatments for brain disorders.

Metabolic disorders like obesity and type 2 diabetes are associated with an increased risk for brain disorders ranging from depression to Alzheimer’s disease. The birth and development of new neurons – adult neurogenesis – may be a link between these two types of conditions. The hippocampus, an area of the brain implicated in memory and emotional processes, is a known site of adult neurogenesis.