Society for Neuroscience - The Effect of Taking Antidepressants During Pregnancy

The Effect of Taking Antidepressants During Pregnancy 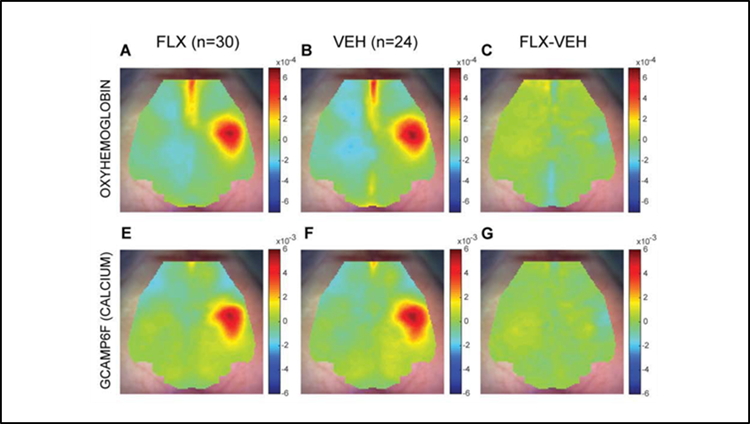 Exposure to antidepressants during pregnancy and the first weeks of life can alter sensory processing well into adulthood, according to research in mice recently published in eNeuro.

Physicians are increasingly prescribing a common antidepressant to their pregnant patients, even though the effect on the fetus isn't fully known. A working theory of depression implicates the neurotransmitter serotonin because many depressed patients experience relief when prescribed selective serotonin reuptake inhibitors (SSRIs). Whatever its role in depression, serotonin is critical for healthy brain development and function.

While previous research has shown changes in behavior and brain structure with prenatal and early life exposure to SSRIs, Rahn et al. explored changes in brain activity. After exposing mice to the SSRI fluoxetine during gestation and the first two weeks after birth, the team deployed optical imaging to examine the mouse brains exposed to fluoxetine and compare them to control mice. In the resting state, the brains of both sets of mice were nearly identical. When their front paws were stimulated, the fluoxetine-exposed mice displayed abnormal brain activity in sensory areas. The effect was observed during adulthood in mice, suggesting this developmental exposure to SSRIs causes long-term changes to sensory processing.