Society for Neuroscience - Ketamine Reduces Drinking in Male, but Not Female, Rats

Ketamine Reduces Drinking in Male, but Not Female, Rats 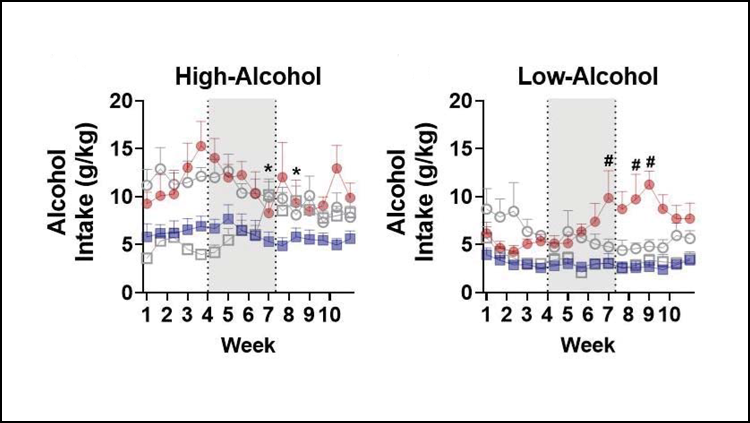 The drug ketamine decreases alcohol consumption in male, but not female, rats, according to new research published in eNeuro. The findings suggest that ketamine may be a viable treatment option for male patients with an alcohol use disorder.

Prior studies found that ketamine reduces alcohol use disorder symptoms in both rats and humans, but the drug was administered once, rather than over a more realistic treatment time period. Ketamine is itself an addictive drug, so it is critical to examine how it affects patients over extended use.

Strong et al. divided male and female rats into groups based on how much alcohol they were prone to consume. The rats were allowed unrestricted access to alcohol three times a week. Three weeks later, ketamine treatments began.

Read the manuscript in eNeuro: Sex and Individual Differences in Alcohol Intake are Associated with Differences in Ketamine Self-Administration Behaviors and Nucleus Accumbens Dendritic Spine Density