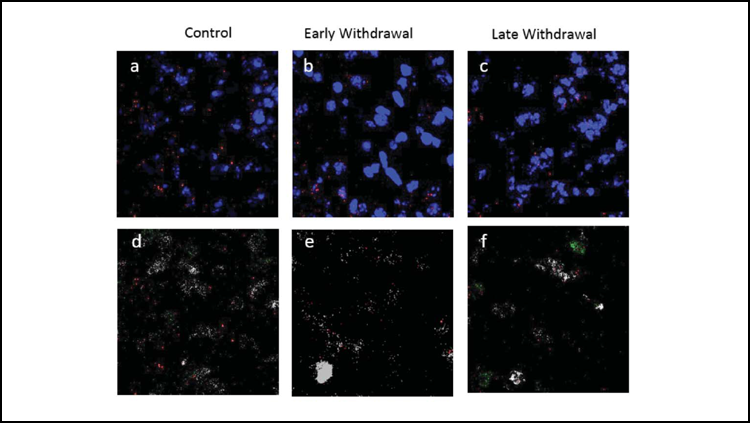 A drug commonly used to treat Type II diabetes abolishes the characteristic signs of nicotine withdrawal in rats and mice, according to new research published in JNeurosci. The finding may offer an important new strategy in the battle to quit smoking.

Smokers trying to quit face potent side effects from nicotine withdrawal, including cravings, increased appetite, restlessness, anxiety, irritability, and depression. Even though they may want to quit, many smokers continue to smoke simply because the experience is so unpleasant.

The diabetes drug, pioglitazone, targets a specific form of the peroxisome proliferator-activated receptors in the nucleus. This receptor, PPARγ, is found in areas of the brain involved in drug addiction.

Read the manuscript in JNeurosci: Activation of PPARγ Attenuates the Expression of Physical and Affective Nicotine Withdrawal Symptoms Through Mechanisms Involving Amygdala and Hippocampus Neurostransmission