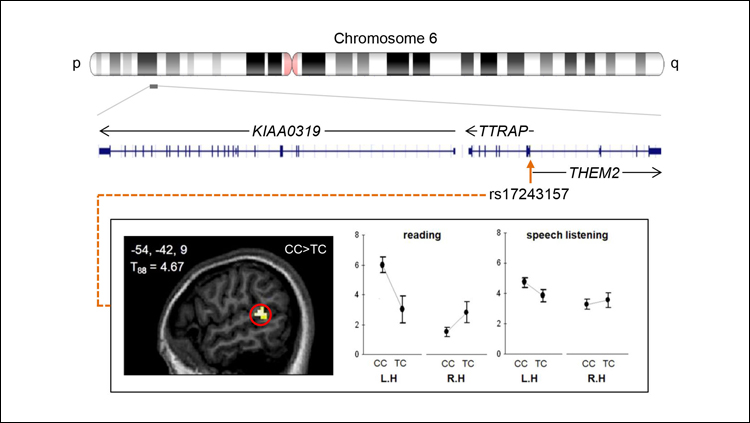 Neuroscientists have failed to replicate the findings of an influential study linking genetics to cognition. Published in JNeurosci, the researchers highlight issues in the design, analysis, and interpretation of the original study.

In 2012, Pinel et al. described in JNeurosci genetic variants associated with altered activation of language-related brain regions during reading and listening. Now, using a much larger sample size, Uddén et al. report that they are unable to replicate those original claims. The new research challenges the assumption that functional neuroimaging studies are better suited to uncover genetic underpinnings of cognition than behavioral or psychological measures. These findings also highlight the complexity of the relationship between genes and human brain function.

Read the manuscript in JNeurosci: Towards Robust Functional Neuroimaging Genetics of Cognition