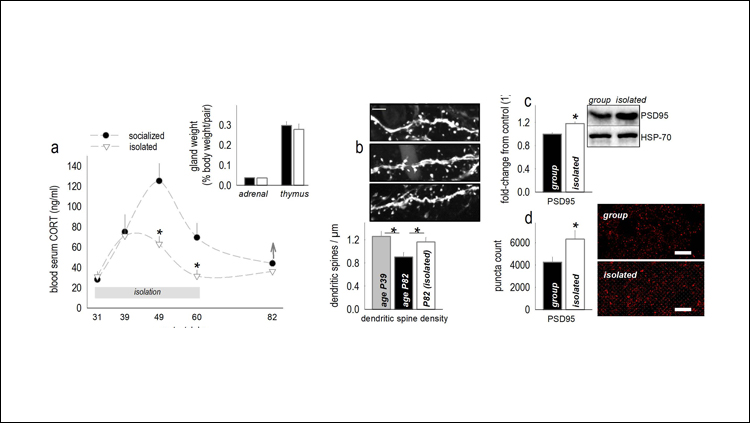 Female mice housed alone during adolescence show atypical development of the prefrontal cortex and resort to habitual behavior in adulthood, according to new research published in eNeuro. These findings show how social isolation could lead to an over-reliance on habit-like behaviors that are associated with addiction and obesity.

The adult brain is largely shaped during adolescence, when some connections between brain cells are solidified and others are eliminated. Prior research has established an important role for social experience in this development.

To investigate the long-term, neurobehavioral consequences of social isolation, Hinton et al. raised mice alone during adolescence and reintroduced them to a social environment in adulthood. The researchers identified a critical period during which social isolation impaired the adult brain and behavior and linked these effects to dendritic spine excess. Therapeutic interventions targeting the refinement of the brain during adolescence may therefore represent a promising direction for future research.