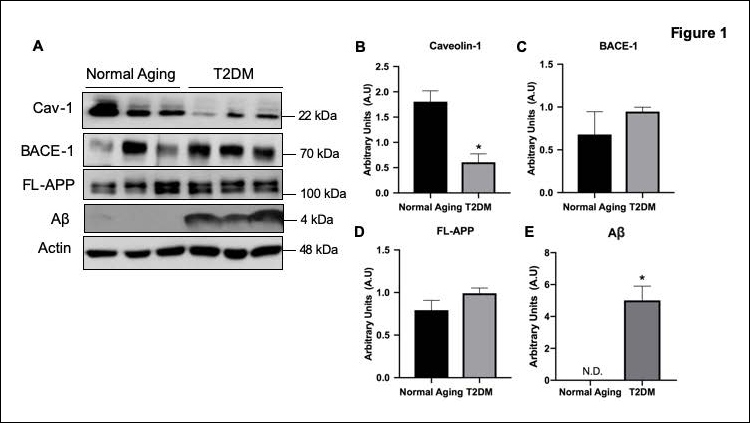 Researchers have identified a protein that may contribute to the progression of Alzheimer's disease pathology in type-2 diabetes, reports a new study of male mice and human brain tissue. The research could have implications for future drug development.

The cause of sporadic, late onset Alzheimer's disease is unknown. However, type-2-diabetes is associated with an increased Alzheimer's risk, which may provide a clue to its origin.

Bonds et al. examined the relationship between diabetes and Alzheimer's disease and found that a protein called caveolin-1 (Cav-1) is depleted in the temporal lobe of humans with diabetes and in a diabetic mouse model. Depletion of Cav-1 causes the upregulation of amyloid precursor protein and b-amyloid levels. Importantly, restoring Cav-1 levels in mice reduced Alzheimer's pathology and improved learning and memory deficits, revealing a potential mechanism responsible for the increased risk of Alzheimer's disease in this population.