Society for Neuroscience - Nearly Identical Representations of Spoken, Written Words in the Brain

Nearly Identical Representations of Spoken, Written Words in the Brain 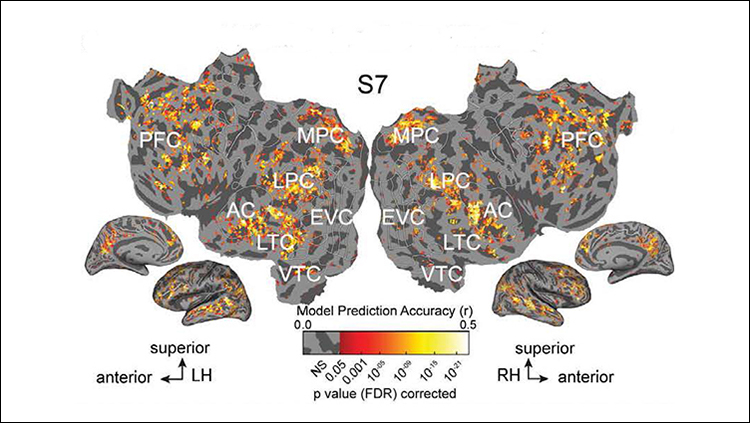 The brain activity evoked from processing written or heard semantic information is almost identical, according to research in adults published in JNeurosci. These findings add to the understanding of how the brain processes written and oral language.

Language is a complex process that involves many regions of the brain, and it was previously unclear if the brain represented spoken and written semantic information in different ways.

To clarify this, Jack Gallant and colleagues at The University of California, Berkeley used functional magnetic resonance imaging to record the brain activity of healthy adults while they listened to or read a transcription of a radio show. The research team mapped out the specific areas of the brain that responded to each word when it was read or heard.

The brain activity associated with each word was largely consistent across the two senses. The scientists were also able to use data from one sense to predict the brain activity that would occur due to the other sense. These results suggest that the same parts of the brain process information surrounding words, regardless if the word is heard or read.

Read the manuscript in JNeurosci: The Representation of Semantic Information Across Human Cerebral Cortex During Listening Versus Reading Is Invariant to Stimulus Modality