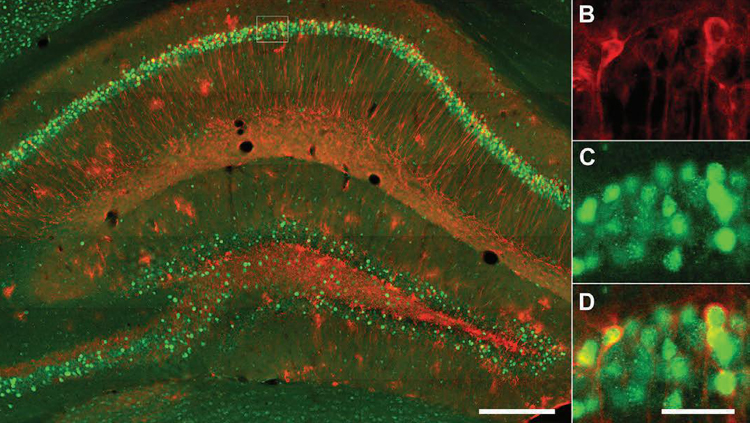 Physical manifestations of negative memories in the hippocampus could underlie cognitive symptoms of depression, according to research in mice published in JNeurosci. Inhibiting these manifestations could be a future treatment route.

Groups of neurons that are activated after an experience are thought to be the physical representation of memory. These so-called engrams in the hippocampus could be involved in depression, which is characterized by impaired recall of positive memories and increased recall of negative memories.

In a mouse model of depression, Tak Pan Wong and colleagues at Douglas Hospital Research Centre tagged the engrams that formed after mice experienced social stress and examined their social avoidance behavior. Even though all mice experienced the same stressor, only some displayed depression behaviors, indicating a predisposition to developing depression.

Read the manuscript in JNeurosci: Negative Memory Engrams in the Hippocampus Enhance the Susceptibility to Chronic Social Defeat Stress