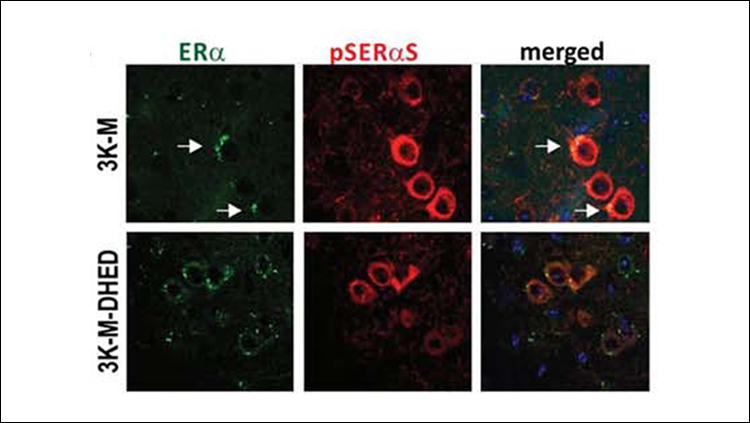 Parkinson’s disease is characterized by the death of neurons involved in movement, which may be partially caused by gene mutations for the protein α-synuclein. The mutated, shorter form of the protein clusters in neurons, resulting in their death, while the longer form resists clumping.

Estrogen is thought to protect movement neurons from Parkinson’s disease, but how is unknown. Since the patients more susceptible to Parkinson’s disease — men and post-menopausal women — have low estrogen levels, estrogen treatment might be an effective way to delay and reduce symptoms.

Silke Nuber and colleagues at Harvard Medical School treated mouse models of Parkinson’s disease with brain-selective estrogen and compared the motor performance of males and females before and after treatment. The female mice showed less severe symptoms at a later age, but estrogen still improved their symptoms. In male mice, the estrogen treatment reduced α-synuclein breakdown and buildup and helped with severe symptoms, suggesting that estrogen could be a viable treatment option for Parkinson’s patients with low estrogen levels.