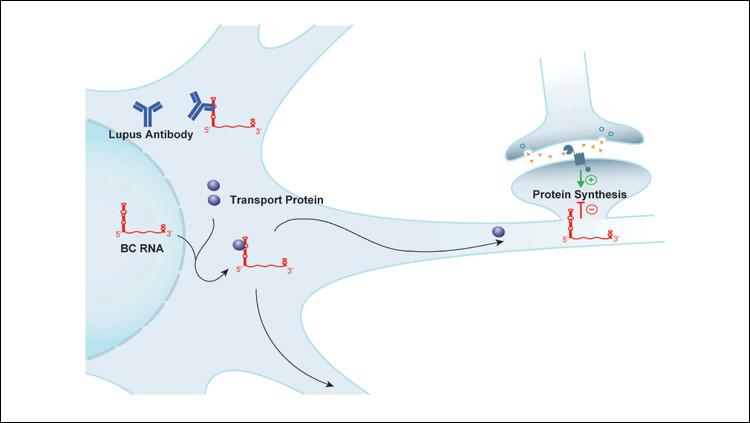 Researchers have identified a specific target of antibodies that are implicated in the neuropsychiatric symptoms of lupus, according to human research published in JNeurosci.

Brain cytoplasmic RNAs are pieces of genetic code that neurons use to regulate how proteins are made. They contain sections that code for where the proteins should be transported in the neuron — the synapse. In lupus, this type of RNA is thought to be the target of an autoimmune response gone awry, but the specific mechanism is unknown.

Henri Tiedge and colleagues at State University of New York Downstate Medical Center examined the antibody-containing portion of the blood, called sera, of lupus patients, healthy adults, and patients with other autoimmune diseases such as multiple sclerosis and rheumatoid arthritis. They confirmed that only sera from lupus patients contained antibodies for brain cytoplasm RNA, meaning it is not a universal target for autoimmune disorders.

Through DNA and protein tests, the research team discovered that the antibodies targeted the transport section of the RNA and directly competed with the transport protein that normally binds to that region. This type of competition hinders cellular signaling and may lead to seizures and cognitive impairments, two symptoms of neuropsychiatric lupus.