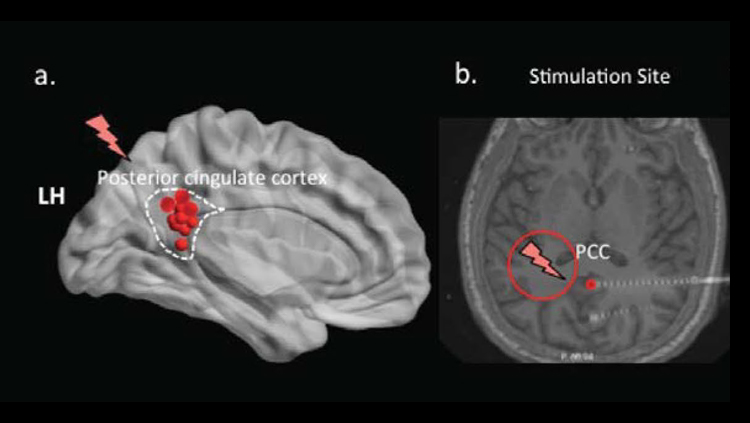 Deep brain stimulation of the cingulate cortex worsens memory recall, according to research in epilepsy patients published in JNeurosci. The technique could be a way to target specific brain areas in the treatment of memory disorders.

Vaidehi Natu and colleagues at the University of Texas Southwestern Medical Center stimulated the posterior cingulate cortex, a brain region involved in memory, using electrodes inserted into the brains of epilepsy patients to treat seizures. The participants were shown a list of words, distracted, and then asked to recall the words.

Natu’s team discovered that stimulating the cingulate cortex reduced the number of recalled words and modified hippocampal brain waves compared to no stimulation. This establishes a direct role for the cingulate cortex in memory encoding and demonstrates that memories can be manipulated via deep brain stimulation, which has implications for the treatment of memory disorders.