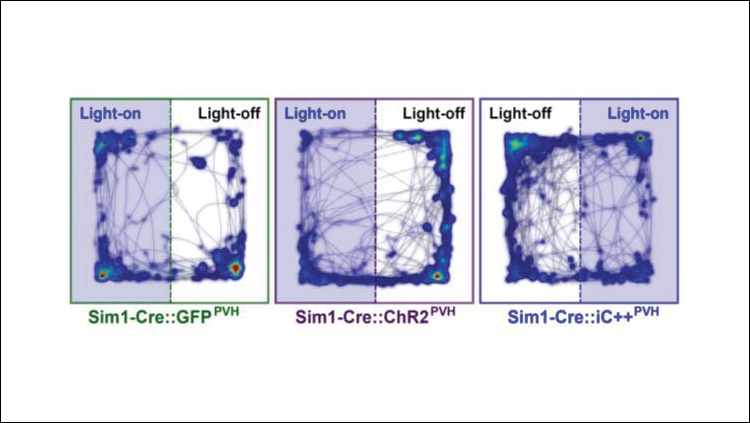 Scientists have identified a previously unknown pathway connecting the hypothalamus and midbrain that drives defensive behaviors, according to research in mice published in eNeuro. Further research on this pathway could increase understanding of anxiety disorders.

The paraventricular hypothalamus has been shown to play a role in maintaining body states, but it was not known if it directly caused defensive behaviors. To investigate this, Qingchun Tong and colleagues at the University of Texas Health Science Center at Houston developed a mouse model with hypothalamus neurons that could be stimulated with light. Using synapse markers, they found that these neurons were connected to the midbrain and when stimulated caused defensive behaviors such as grooming and escape jumping.

This hypothalamus-midbrain circuit drives innate defensive behaviors, which can go awry in anxiety. Further research on dysfunctions in this or other defense pathways could reveal mechanisms for generalized anxiety disorders.

Read the manuscript in eNeuro: Defensive Behaviors Driven by a Hypothalamic-Ventral Midbrain Circuit