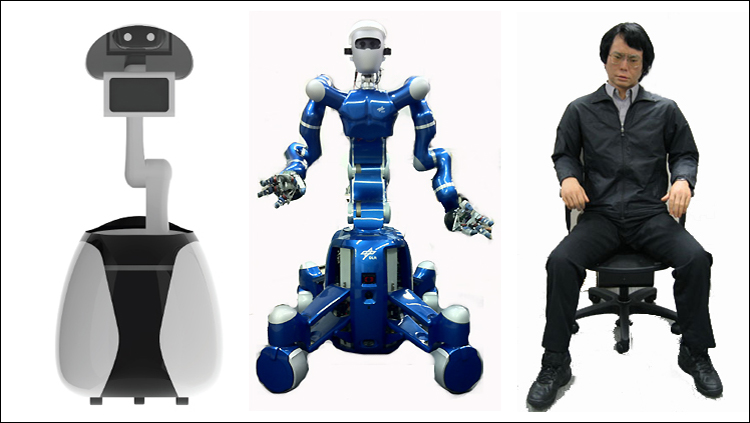 Researchers have identified a network of brain regions that work together to determine if a robot is a worthy social partner, according to a new study published in JNeurosci.

Using functional magnetic resonance imaging, Astrid Rosenthal-von der Pütten, Fabien Grabenhorst and colleagues evaluated brain activity from the prefrontal cortex and amygdala as human participants scored images of robots on their likability, familiarly, and human-likeness. The participants also chose the robot from which they would prefer to receive a gift, indicating their social value.

Participants preferred more lifelike robots, but disliked the ones that appeared “too human,” including artificially altered humans. Activity in the ventromedial prefrontal cortex followed the same pattern, increasing with the more lifelike robots until dropping significantly in relation to the most lifelike choice. The scientists concluded that each of several brain regions had a unique role in assessing the images, and the combination of their inputs determined whether or not a robot was likeable.

This direct representation of a psychological pattern in the brain provides insight into how people respond to and assess artificial social partners. The findings may also apply to the evaluation of human social partners.

Read the manuscript in JNeurosci: Neural Mechanisms for Accepting and Rejecting Artificial Social Partners in the Uncanny Valley