Society for Neuroscience - JNeurosci: Most-Discussed Research Published in May

JNeurosci: Most-Discussed Research Published in May

Below are the five research papers published in May 2019 that generated the most online discussion, as measured by Altmetric. Altmetric data is available for all articles published in JNeurosci on the Info & Metrics tab. Learn more about how the Altmetric score is calculated. 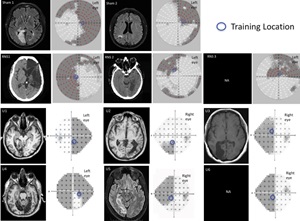 Our work demonstrates that visual training coupled with brain stimulation can dramatically reduce the training period from months to weeks, and lead to fast improvement in neurotypicals and chronic cortically blind patients, indicating the potential of our procedure to help restore damaged visual abilities for currently untreatable visual dysfunctions. Together, these results indicate the critical role of early visual areas in perceptual learning and reveal its capacity for long lasting plastic changes promoted by neuromodulatory intervention. 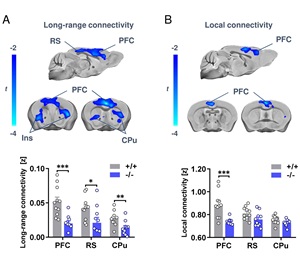 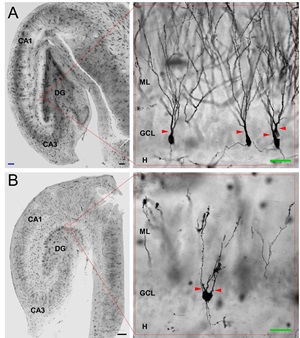 In the present manuscript, we show, for the first time, that the population of dentate granule cells is disconnected from other regions of the brain in a neurodegenerative disease called Frontotemporal dementia (FTD). These alterations were observed in FTD patients and in a mouse model of this disease. Moreover, we tested the therapeutic potential of two strategies, namely environmental enrichment and chemoactivation, to stimulate the activity of these neurons in mice. We found that some of the alterations were reversed by these therapeutic interventions. 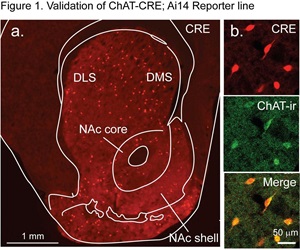 While the presence of CRF receptors in the dorsal and ventral striatum has been acknowledged, the cellular identity and the functional consequences of the receptor activation is unknown. Here we report that striatal cholinergic interneurons express CRF-R1 receptors and are acutely activated by the neuropeptide CRF that is released in response to salient environmental stimuli. Cholinergic interneurons make less than 1% of the cells in the striatum but are critical regulators of the striatal circuitry and its output. CRF’s fast and potent activation of cholinergic interneurons could then have far reaching behavioral implications across motivated behaviors controlled by the striatum. 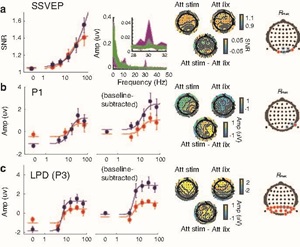 fMRI and EEG have been used as tools to measure the location and timing of attentional modulations in visual cortex and are often used interchangeably for constraining computational models under the assumption that they index similar underlying neural processes. However, by varying attentional and stimulus parameters, we found differential patterns of attentional modulations of fMRI activity in early visual cortex and commonly used stimulus-evoked potentials measured via EEG. Instead, across longer time scales, a contralateral negative-going potential and EEG oscillations in the alpha band exhibited attentional modulations similar to those observed with fMRI. Together, these results suggest that different physiological processes assayed by these complementary techniques must be jointly considered when making inferences about the neural underpinnings of cognitive operations.

Stay updated on the latest research: Sign up and manage your Alerts to receive email alerts of table of contents, searching, and article citation alerts for both issues and Early Release.