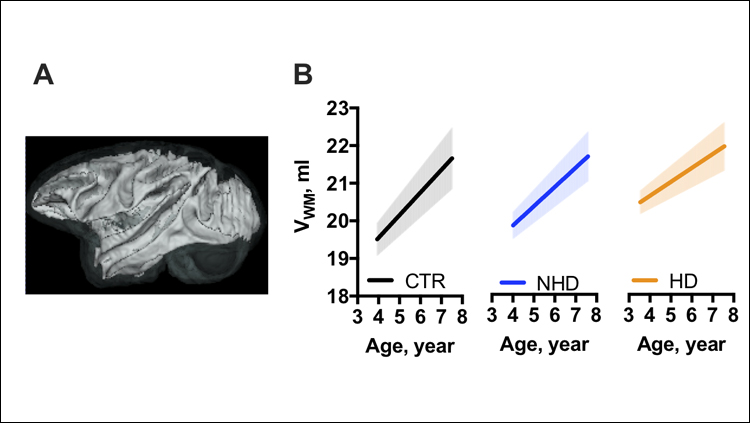 Heavy drinking during the cusp of adulthood reduces the rate of brain growth in male and female rhesus monkeys, according to new research published in eNeuro. The longitudinal study, supported by the National Institute on Alcohol Abuse and Alcoholism, could inform future investigations into how these changes may influence problematic drinking in humans later in life.

Research in humans and rodents has established that excessive alcohol consumption is associated with reduced brain volume. Christopher Kroenke, Tatiana Shnitko and colleagues at the Oregon National Primate Research Center and Oregon Health & Science University extend these findings to demonstrate that ongoing brain development during late adolescence and early adulthood is affected by drinking behavior in a non-human primate model of voluntary alcohol use.

Specifically, the researchers show how different levels of alcohol affect brain growth. Monkeys characterized as heavy drinkers based on their alcohol consumption and blood samples had substantially reduced brain growth, particularly of white matter and the thalamus.