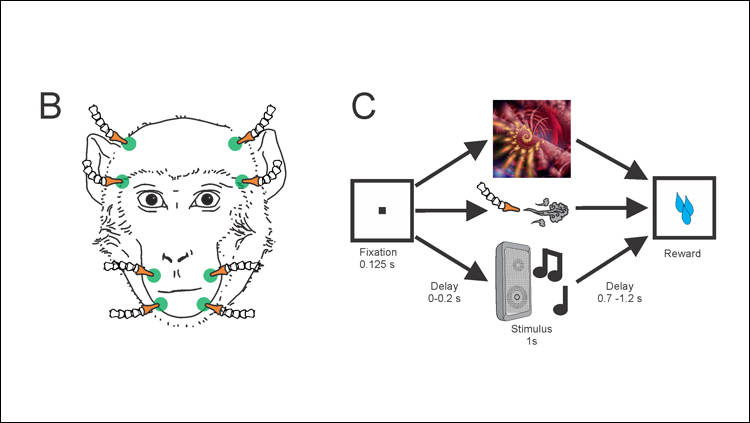 Individual neurons in the monkey amygdala that respond to touch also respond to imagery and sounds, according to new research published in JNeurosci. These cells may provide the building blocks needed to process multisensory social and emotional information.

Previous studies of the amygdala have identified populations of neurons responsive to different types of sensory information. To investigate the response of these neurons to randomly chosen visual, tactile, and auditory stimuli — as animals might encounter in their natural environment — Katalin Gothard and colleagues recorded the activity of single amygdala neurons from two male macaques. The researchers found most of the responsive cells they recorded across the amygdala responded to multiple types of stimuli, which could be differentiated by cellular firing rates.

As the stimuli were unfamiliar and lacked social or emotional significance to the monkeys, this finding suggests the amygdala processes neutral sensory information in addition to more meaningful information. The research also challenges assumptions that the amygdala responds mainly to visual stimuli.