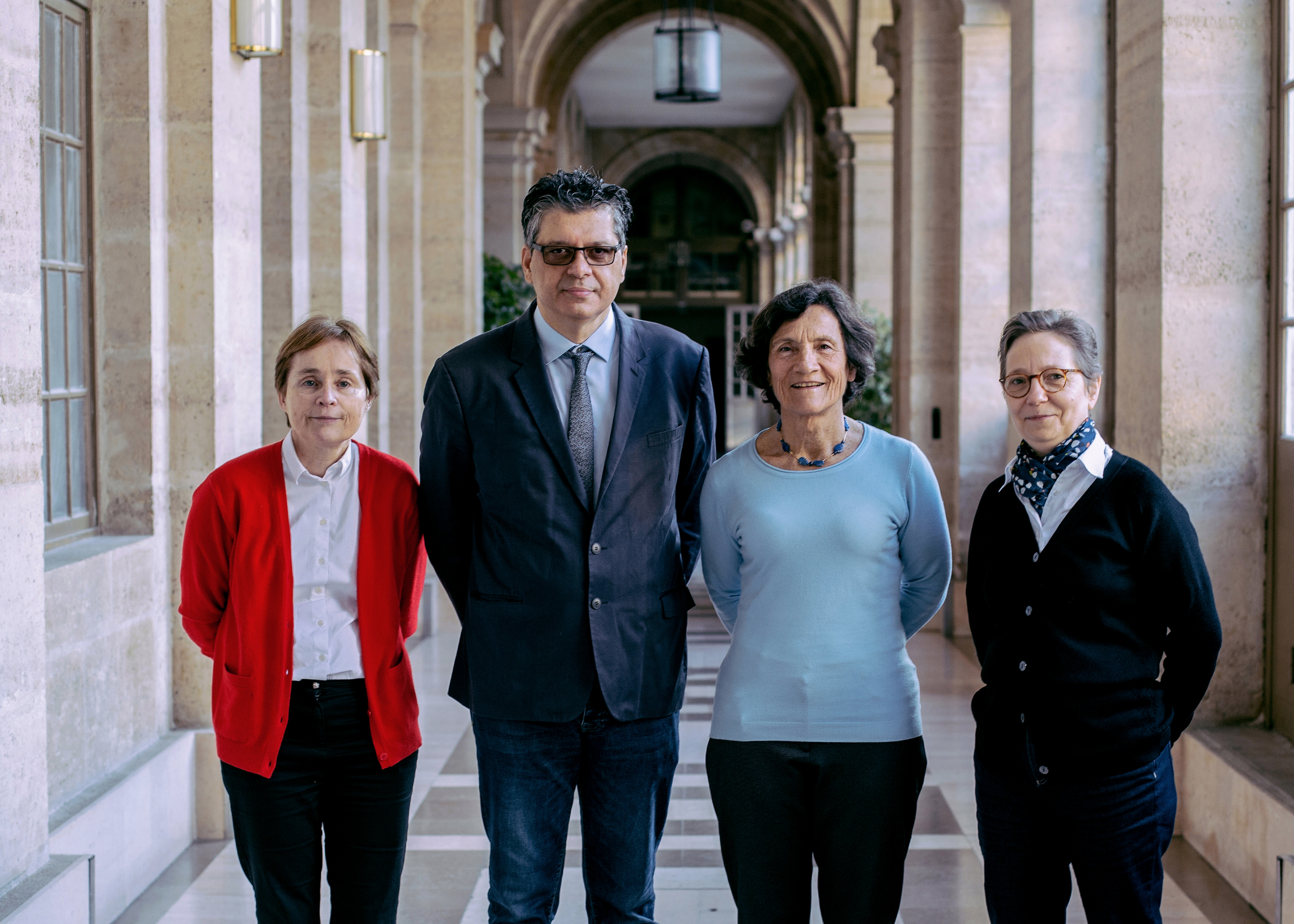 Four scientists are being awarded The Brain Prize for their research efforts in describing, understanding and diagnosing the most common hereditary form of stroke, CADASIL.

Aiming for treatment they have spent more than 30 years describing, understanding and diagnosing the most common hereditary form of stroke, CADASIL. For this, the four French neuroscientists are now receiving the world's most valuable prize for brain research – the Lundbeck Foundation Brain Prize, worth 1 million euros.

Each year 17 million people worldwide suffer a stroke. Around 30 percent of these are mini strokes caused by changes in the small vessels of the brain. To begin with, these strokes cause temporary symptoms such as weakness, numbness and impaired coordination. However, they tend to relapse, and since each new mini stroke affects the brain’s function, depression, concentration difficulties and dementia often follow in their wake.

In 1976, Professor Marie-Germaine Bousser was consulted by a middle-aged man who had suffered a minor stroke and showed clear signs of rapidly progressing dementia. His disease presentation was highly unusual, and less than 10 years later, the patient's offspring developed similar symptoms.

Professor Bousser realised that this had to  be a hereditary disorder, as yet undescribed. In order to solve this conumdrum she took the initiative to collaborate with colleagues at Lariboisière Hospital from Greater Paris University Hospitals /AP-HP and Inserm: Professor Hugues Chabriat, Dr Anne Joutel and Professor Elisabeth Tournier-Lasserve. This working relationship would continue for more than 30 years.

The four scientists are now being awarded The Brain Prize, worth 1 million euros, for their comprehensive, in-depth and relentless research efforts. Together, they have solved the puzzle and shown that this is a hereditary disease, caused by a mutation in the NOTCH3 gene on chromosome 19.  Mutations in this gene result in accumulation of protein in the walls of the small blood vessels. The changes occur throughout the body but only cause symptoms from the brain. The disease is hereditary, and children of mutation carriers have a 50% risk of inheriting the disease, which is known as CADASIL (Cerebral Autosomal Dominant Arteriopathy with Subcortical Infarcts and Leukoencephalopathy). The team has developed a diagnostic test and is involved in  testing a potential treatment in animal models.

The Brain Prize Explains the Reasoning Behind This Year's Award

The organisation behind The Brain Prize is the Lundbeck Foundation: Denmark's biggest funder of brain research.

‘There’s a huge need to develop and strengthen brain research, both in Denmark and internationally. The world’s population is getting older, and increasing life expectancy brings with it a wide range of brain disorders – at great cost to society. But they’re also a devastating burden for patients and their relatives. CADASIL is a good example of how traumatic it can be to have a brain disorder. The brain doesn't merely control a number of our bodily functions, speech, thoughts and communication – it's where our personal identity lies, and CADASIL sufferers feel this,’ says Kim Krogsgaard, Director of The Brain Prize.

Professor Anders Björklund, Chair of the Foundation’s Selection Committee, explains the reasoning behind the award:

‘The research of the four prizewinners is a textbook example of so-called translational research. This constant interaction between clinical observations and lab work has produced results with far-reaching consequences for our understanding of strokes and dementia disorders – two of the most burdensome diseases for our society,’ he says.

About Strokes and CADASIL

Each year 17 million people worldwide suffer a stroke. Around 30 percent of these are mini strokes. Strokes in the large blood vessels in the brain are the most common and most likely to result in acute and pronounced symptoms. Small vessel strokes produce more discrete symptoms, and some of them are not diagnosed before recurrent incidences lead to further and increasingly serious symptoms, such as dementia. Therefore, although minor strokes may initially seem less serious than the major strokes, they pose an immense and very serious health risk.

One of the disorders that causes minor strokes is CADASIL. The prevalence of CADASIL is unknown – but is typically assumed to be in the range of 20-50 patients per 1 million people in a given population, and it is the most common form of hereditary small vessel disease. Researchers believe that CADASIL often goes undiagnosed or misdiagnosed and, therefore, probably is more common than the figures suggest. Moreover, there are other, similar disorders caused by mutations in different genes.

Marie-Germaine Bousser is a neurologist and she made the preliminary clinical observations. Professor Bousser realised their significance and gathered the expertise from a variety of research disciplines necessary to elucidate all aspects of the disease, which was named CADASIL. She has been closely involved at all stages of the CADASIL story and has made significant contributions to other fields of stroke research.

Hugues Chabriat is a neurologist and has strong expertise in neuroimaging of brain disorders. He has provided valuable knowledge about  the natural history of the disease. Using neuroimaging he established diagnostic criteria for CADASIL and described the relationship between the  brain lesions and symptoms, the long-term prognosis and the risk factors of the disease.

Anne Joutel is a neurologist and neuroscientist with strong expertise in small brain vessels. In collaboration with Professor Elisabeth Tournier-Lasserve, Dr Joutel was responsible for elucidating the genetic basis of CADASIL and the disease mechanisms. She developed mouse models to prove that the pathogenic mutations cause accumulation of a protein in the walls of the blood vessels. She also developed a diagnostic test and was behind the first attempts to develop a treatment.

The Brain Prize, which honours the world’s best neuroscientists, is being awarded for the ninth successive year. A programme related to the prize invites the year’s prizewinners to Denmark to give lectures and to participate in conferences, meetings and workshops together with Danish brain researchers. The programme is organised in partnership with the three largest Danish universities, the Danish Society for Neuroscience and the European Federation of Neuroscience Societies (FENS).

The scientists will come to Denmark on 9 May to receive The Brain Prize at a ceremony in the Black Diamond library. On the day before, 8 May at 3.00 pm, the prizewinners will hold the Prize Lectures in the Jerne Auditorium, Maersk Tower, University of Copenhagen.